Alanita Travel Company: How it Made Its Name in Rising Economy of USA

A company which was built on hard work, dedication and love.

Once in their 20’s, young and ambitious, working together in the same restaurant in downtown Boston. A delivery guy and a hostess. Al and Anita. Unknown at the time, as the future owners of a prosperous travel company known as Alanita Travel. A company which was built on hard work, dedication and love.Also Read - MS Dhoni Joins Team India in Dubai For T20 World Cup Campaign as Mentor

Anita, the driven, diligent, detailed-orientated owner of the business grew up with much love to travel, recognizing how much of the world was unexplored and how much she yearned to make a voyage of her life. Getting out of her hometown, Chennai and expanding her wings to unfamiliar horizons. Balancing two jobs at once, working literally night and day to make a name for herself, in the rising economy of the United States Of America. Also Read - India vs Nepal Live Streaming SAFF Championship Final 2021 in India: When And Where to Watch IND vs NEP Live Stream Football Match Online on Discovery+, JIOTV; TV Telecast on Eurosport

In the day she worked effortlessly on her passengers who were looking to fly to India, with cheap fares. And at night working her duties as a hostess. Alongside her husband-to-be, Alan Teig who helped deliver tickets to passenger’s houses, and at the airport when in an emergency. This was then, back in the 90’s with a mission to survive, develop, and provide for both customers and family. Also Read - India Slips to 101st Rank in Global Hunger Index 2021; Behind Pak, Bangladesh and Nepal 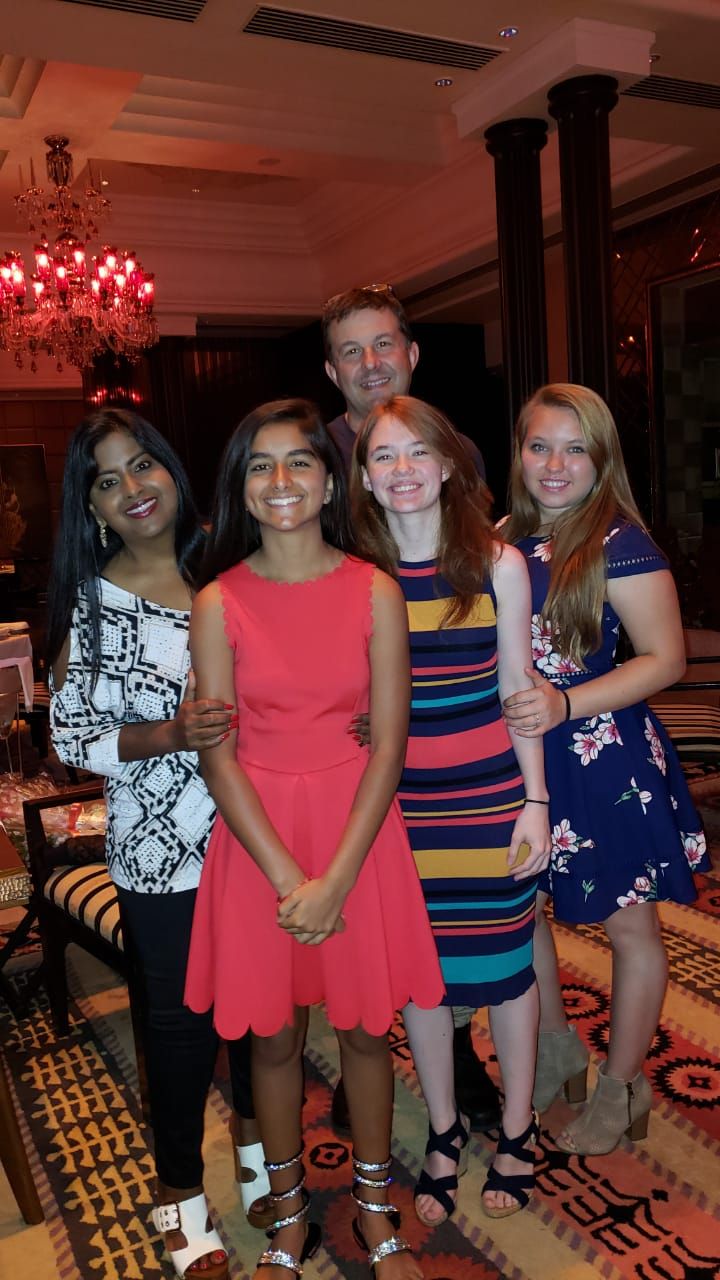 A few years later, steady and at a balance, with fame to share and build upon does the business expand to more employees, new offices and better marketing tactics. Religiously, Alan would run around the states promoting through paper flyers, making sure to cover all Indian communities, restaurants and shops. Basically, anything that had the word INDIA on it was his goal. Travelling around Boston, New Jersey, Atlanta, Houston, Washington and the Bay Area of San Francisco was where he made the business’s presence known!

As business began to frame up and become the perfect picture to competitors, consolidators and the airlines, a perfect picture was yet to be developed in Al and Anita’s family. Anita had struggled with having children, so she turned to the option of adoption. Still young and anxious to start a family, in the year of 2003 Al and Anita adopted two girls from Russia. Irina and Natalia Teig. And then in 2005, Anita gave birth to Angelina Teig. Family complete!

Years later to present day, the business now stronger than ever the family grew older and wiser with two new call centres in India (Chennai and Hyderabad)and a new location in Dallas, which is run by their eldest daughter Natalia Teig. Marketing, even more firm than the 90’s, thanks to the internet, social media, and Al and Anita’s kids. Commercials have been born and family-written with success for the last 5 years, which Angelina “the star” is actively a part of. Along with Irina, Anita and Al.

Thanks to the family, lots of travel can be made with security in all offices, namely Anita’s sister, Dorothy who is most prominent in Boston and holds the office down and solid when Anita is travelling to broaden the opportunities. Now, with a mission to become a global player and sell tickets to all parts of the world with the best fares, to grow and grow, hire more, and make their existence worldwide.

If there was one word to describe the feeling of success to Anita and Al it would be “freedom”. Hard work, focus and dedication are what brought good fortune to this business. And they brace that every year the business grows taller through the generations, making Alanita Travel a brand that sparkles in everyone’s eyes.

As they specialize in travel to India, their decision to open up an additional Dallas was perfect, as the population of Indians are vast. And that’s where they target their niche. They as a business, of course, need to take risks. But it’s also important to Anita to be careful and cautious about all the decisions she makes. She says that Al and she have been lucky and destined to be where they are and that they fully construct a plan, and only when all thought has been given, only then do they execute their plans.

Alanita Travel, 24 years, strong and proud! A family business, that will hopefully shine on and become bigger then it was in this lifetime. The future points to maybe their own airline, someday? Living big dreams, lucky, thoroughly detailed, dedicated and hardworking. This business is going places! Literally!

(This is a sponsored article)