Award winning actress Parineeti Chopra is returning to the big screen after a year long hiatus and we can't wait to have her back!

Parineeti Chopra first appeared on the big screen with her debut in “Ladies vs. Ricky Bahl”—and even took home the Filmfare award for Best Debut Actress for the film. Since then, she has given us hits like “Ishaaqzade,” “Shudh Desi Romance” and “Hasee Toh Phasee.”

It has been a year since we’ve seen any films from the actress, but Chopra has just announced that she is back! Chopra took to Yash Raj Film’s YouTube channel to announce that she will be starring in YRF’s upcoming film, “Meri Pyaari Bindu,” with Ayushmann Khurrana.

Chopra is a YRF find and has done mostly YRF films, with the exception of “Hasee Toh Phasee.” Chopra used to work at the marketing department at Yash Raj Films and later decided to try her hand at acting. With encouragement from Maneesh Sharma, whom she worked with on “Band Baaja Baaraat,” she headed to acting school to hone her craft. Chopra is a natural in front of the camera—she is uninhibited, sensitive, emotional and she loses herself in her roles so intensely that we forget that it’s just a character. It’s no surprise that she has built a fan base in such a short time in the industry.

With her return to films after a year-long hiatus, we just wanted to remind you why we fell in love with this pyaari Pari in the first place. Here are five things that we absolutely love about the actress, which is why we can’t wait for her return!

Chopra is known for being very blunt and honest—she is always telling it like it is. Whether she’s playing an outspoken character or keeping obnoxious journalists at bay, Chopra will always stand her ground. She’s witty, and doesn’t sugar coat anything nor does she scare easily. More than once, she has shut down journalists for offensive questions at press conferences promoting her films and even when she’s walking the red carpet for events or launches.

2. No matter what size, Pari is always hot!

Chopra was always considered “chubby” by Bollywood’s standards but she hasn’t let that bother her confidence. She is and always will be a sexy pataka!

Actresses like Sonakshi Sinha and Chopra look like real girls, not size zero stick figures. These actresses both inspire girls and encourage them to accept their bodies as they are. They remind the world that their curves are perfect just the way they are.

Chopra has spent her time off from films working on improving herself and the actress’ toned new body has everyone drooling! 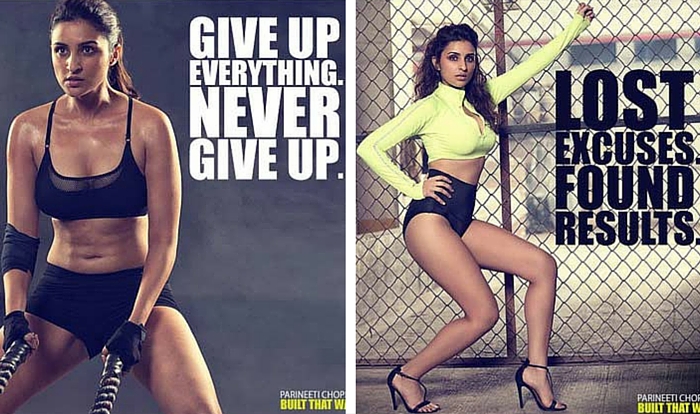 This one’s for all those who keep pointing out that Chopra’s not like the others because of her figure, they’re right. She’s so much better! She proves time and again that hard work and determination is all you need to succeed.

3. She’s not afraid of food

It is true that Chopra has shut up critics with her hot new bod—but that doesn’t mean that she’s going to suddenly turn into a starving zombie. Chopra has never been one to shy away from a delicious meal; she’s very open about her love affair with pizza. She loves being a foodie and loves to be lazy— she’s even said that if it wasn’t for films, she would be “the fattest person around!”

“I am a Punjabi and I love food,” Chopra said while promoting her film “Ishaqzaade” where she had to shed some pounds for the role. “I was very fat and I used to wear size 36 jeans. Now I have to work out and I hate it.”

Chopra is not a fad diet or size zero type of girl dying of anorexia. She’s not afraid to eat a full meal and then work out to stay healthy. Chopra is a real girl, a normal girl, a girl everyone can relate to and that is why her fans love her so dearly.

3. She taught us that being quirky is cool

Chopra is positive, spontaneous and a little quirky. Her film roles have had bits of her identity in them, whether as the brave and strong willed Zoya of “Ishaaqzade” or the quirky, outcast Meera of “Hasee Toh Phasee.” Her persona of Meera really hit a cord with fans; people are still talking about her delivery of hilarious one-liners and awkward facial expressions from the film.

(And let’s not forget that Chopra and “Hasee Toh Phasee” taught us that even the quirky, nerdy girl can get a hottie like Sidharth Malhotra!)

Chopra is not one to follow the crowd in fashion trends—she stays true to herself. She tends to wear clothes that she’s comfortable in and brand names aren’t a big deal for her.

“I would not wear branded clothes because it is ‘that’ collection or ‘that’ summer/fall line,” Chopra said at the launch of NIVEA Total Face Cleanup’s digital campaign. “I don’t even understand all of that. I like to wear high-street brands because they are very much my style. They are cool, chilled, thin materials, bright colors and very good quality.” 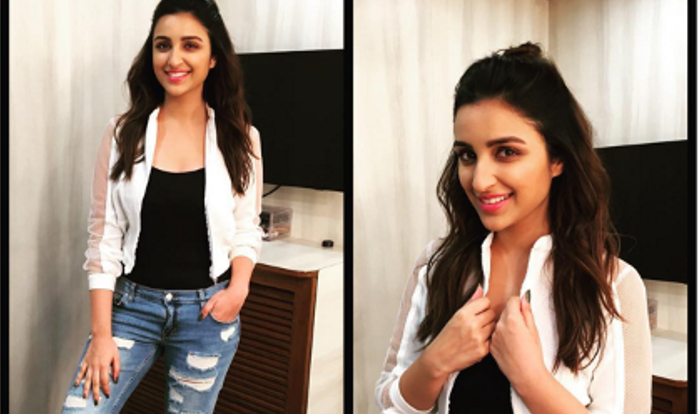 She wears clothes that suit her and her body shape, as we all should—just because something is “in fashion” doesn’t mean it will look good on you. You should always dress in what flatters your body shape, height, and skin tone, because then, like Chopra, you will be more comfortable and exude confidence.

5. She’s not just another airhead

Chopra may be young and blunt but she is not another pretty face in the industry. She was originally an investment banker—when she moved back to India, she got an internship and later, a full-time position on the YRF marketing team. Chopra was an honor student with a degree in business, finance, and economics from the Manchester School of Business. With her tell-it-like-it-is attitude, she is always dropping some knowledge and is also quite the feminist!

Chopra is, undoubtedly, a beauty with brains! With her new hot body, genuine soul and pizza-loving flair we can’t get enough of her! Hopefully “Meri Pyaari Bindu” is another film to add to her list of hits!