In the video, they tackle all the stereotypes associated with South Asians—getting stopped at airports, arranged marriages, henna, Bollywood, facial hair and more.

No one really enjoyed Azealia Bank’s crazy Twitter rant in which she went off on Zayn Malik. She accused him on an Instagram post of copying her video style and insulted him blatantly, even resorting to racism—calling him a curry scented bitch, Punjab, etc. as if they’re demeaning terms. The only good thing to stem out from this was the viral hashtag, #curryscentedbitch, which our desi community embraced and turned into a pride slogan. Instead of the usual hatred that could have been spewed online, Indians started posting beautiful pictures of themselves and saying they’re proud to be curry scented bitches, because honestly, who wouldn’t be? Also Read - In a First, Gujarat High Court Holds Live Streaming of Court Proceedings on YouTube

Kausar Mohammed and Krishna Kumar, who met at UCLA and star in their own YouTube series “Pinky and Rupesh,” recently released a video, “Namaste,” which is a parody of Beyonce’s “Formation.” They agree that as unfortunate as the issue was, it gave a strong sense of pride to see South Asian millennials rally together. “Our peers were confidently and unapologetically claiming their identities, and that was an empowering movement to be a part of,” they said. Also Read - Anticipating Backlash, BJP Turns Off 'Dislike' Button on YouTube Channel Amid PM Modi's Address to The Nation

The song works as kind of an anthem for South Asians, which is what they were looking for. And as for using “Formation,” Beyonce used the video to claim her black power. Mohammed and Kumar wanted to use it along the same lines. “Along with missing proper representation in the media, there can sometimes be a lack of unity so we wanted our song to reach out to ALL South Asians and not just focus it on one region,” they said. “We mention it in the song, but Krishna comes from a mixed English and Indian background and Kausar comes from a Pakistani background—in that same way, we want to have this song celebrate the idea that the diversity in our region is a powerful strength.”

The lyrics are a take on how ridiculous it is to box in all South Asians together because of the limitations you have in your mind. Not every Indian sounds like Apu from “The Simpsons.” Their dead-pan delivery of the songs not only make the words ironic but also hit you hard.

“While we were writing the lyrics, we wanted to acknowledge the many baseless stereotypes out there about being South Asian.  Most of them are ridiculous, so we use ridiculous comedy to combat them,” they said. “At the same time, we wanted to pick a page from Beyonce’s book and embrace parts of our culture, as well – including our desi parents, samosas, and saris.  It was a process of trying to find a balance of the comedy and self-love mixed with a socially conscious message.”

They said the community’s reaction has been overwhelmingly positive, and not just from South Asians but from people of different cultures who can relate to the concept. “People are more willing to talk about serious issues when you can find the humor in it,” they said. “Even within our own culture, there are so many voices to celebrate – the rich backgrounds of the many nations within our subcontinent, LGBTQ communities, and new millennial voices.” 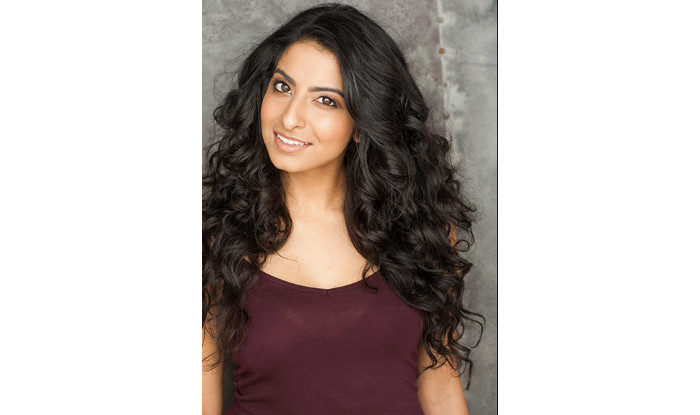 Their series, “Pinky & Rupesh,” looks at the life of two foreign exchange students as they discover American culture. They believe these characters are growing and becoming strong in the digital world. They wish to continue pursuing this because their first love is acting.

“We get to do that now with YouTube, but the ultimate goal would be taking that to another level. Living in Los Angeles, we see how there is always a need for fresh, new content on the big screen and TV—and we look forward to providing some of that through not just acting, but also sharing our writing and story ideas.”

One long-term project they are developing is a crowd-funded dramedy web series that sheds light on the modern dating scene. “South Asian representation in this genre is relatively scarce in American media, so we’re changing that with the series. In fact, the first episode is already out.” 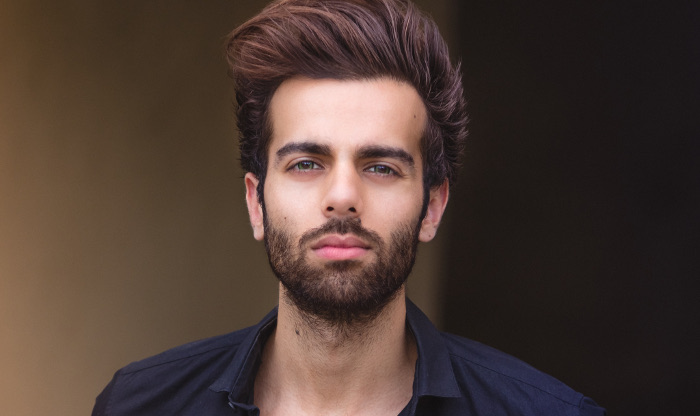 They couldn’t be more right about the rise of fresh, Indian faces on our screens with big names like Aziz Ansari, Mindy Kaling, Priyanka Chopra and upcoming talents such as Hannah Simone, Sonika Vaid and more.

“But we definitely need more than people just playing the stereotypical roles,” they said.

Kumar has his own comedy web series on YouTube with 2.8 million views. He was a guest at YouTube’s VidCon event in Anaheim and an invited guest at YouTube’s Playlist convention in Orlando. Mohammed, who was recently cast in Disney Digital’s “Exchange,” is also an improv at Upright’s Citizen Brigade and Groundlings.

Their inspirations, beyond Mohammed’s crush on Shah Rukh Khan, are of course Beyonce but also singer Shakira. No surprise here, because all of these personalities are courageous and paved their own path to achieve unparalleled success. Since their show is on YouTube, they also enjoy watching Lilly Singh aka Superwoman and JusReign.

“They are killing it right now! It would be so much fun to work with them and start a South Asian One Direction,” they said.