Media personality Shinjini Das is an advocate for female empowerment. A fearless woman not afraid to stand up and encourage women to be confident, she is a prime example of how women should continue to be ambitious and push past the sky’s limit.

Media personality and public speaker Shinjini Das is an advocate for female empowerment. A fearless woman not afraid to stand up and encourage women to be confident, she is a prime example of how women should continue to be ambitious and push past the sky’s limit. Also Read - Rajasthan Human Rights Commission Seeks Law Against Live-in Relationships

Although Das was fortunate enough to come from a family that advocates for women’s empowerment, she knew the same couldn’t be said for many minority women in the world. Also Read - Sadhguru Earns Ire of Twitterati After Comments on Feminism And Fight For Women's Rights

“The realization did strike me, that as an educated, empowered, and confident woman, I am a minority because my story is not the story of every woman in our world,” Das said. Also Read - God, Sex And Truth: Women’s Rights Groups To Go On Hunger Strike To Protest Against Ram Gopal Varma's Film

It was Das’ personal journey of transforming into a confident and ambitious woman that led to her incredibly popular Huffington Post article, “5 Secrets of a Go-Getter.”

“I have personally experienced the transformation from a dreamer to a go-getter, wherein I became empowered to focus on myself, envision my dreams, and ultimately create action plans to achieve each of them,” Das explained. “I am a fearless advocate of women’s empowerment because I truly believe that a woman must be financially, educationally and mentally secure, and also confident, proud and independent.”

Das has continued to openly speak about how women can live the lives they want without being afraid to be persistent when pursuing their dreams. She has even said the response to her article was confirmation that the world is ready for change regarding women taking charge and making an impact in the world.

“Such an unprecedented response was sufficient proof that the world is ready to embrace, nurture, support and empower ambitious women to create their own destiny and lifetime legacy of impact,” she said.

Das further explained that she firmly believes young girls should be taught to embrace their goals with persistence and spirit.

“Girls with big dreams transform into visionary women who inevitably change the world,” she said. “I am incredibly proud and unapologetic about being an ambitious woman, and I wanted to encourage every woman to be as well.”

However, Das also said that she believes there is a distinct separation between a dreamer and a go-getter.

Das said that for South Asian parents and community members, there is a lifelong responsibility to teach young girls to dream big, without any limitations set upon them.

“As a society, we must advocate the critical need for a greater number of South Asian women to carve their own niches in life by envisioning their futures and the actualization of their potential,” she said. 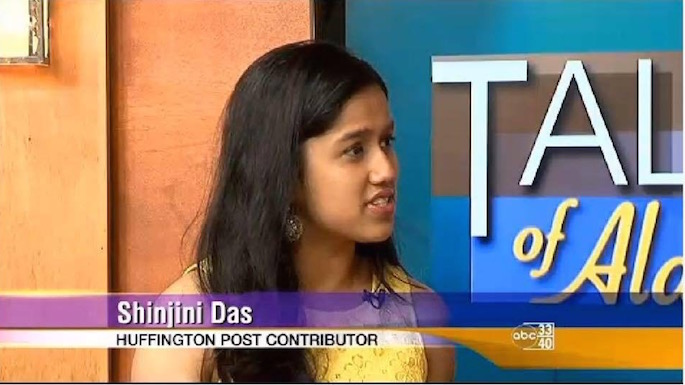 Even with determination, Das said go-getter girls have characteristics that will not stop them from accomplishing what it is they want to go after no matter the circumstances.

She added: “Go-getter girls are nurtured to embrace life with a characteristic fearlessness and unrelenting spirit, passion and persistence, which inevitably carry them much farther than perhaps they even expected to travel in life.”

Women need to have the unrelenting passion and persistence to strive for better, but as Das pointed out, they must also have the courage to acknowledge accomplishments that often go unnoticed in the workforce.

“Without dedicated labor, not much progress is attainable, but women should also serve as their own advocates by verbally proclaiming their strides,” she said.

Empowerment does not stop with only women, it is both genders that need to be educated in the tenets of equality. Das said the way to slowly solving this problem is by coming to terms with the ugly truth.

“The first step to solving gender inequality would in effect be to recognize that it does, in fact, exist and that, unfortunately, in some countries, is shockingly rampant,” she said. “Empowering both men and women to stand strong and support each other as team members in this journey of life is the first step towards eradicating gender inequality.”

Das believes that despite the U.S. heading in the right direction to work on obtaining equal rights for women, the same cannot be said for other countries.

“Moving forward, we must continue to partner with each other, as members of society, to eradicate gender bias, and instead focus on an individual’s qualities and abilities,” she said.

Still, Das’ primary mission is to provide a positive message to men and women to take control of his or her future and to be empowered without any limitations and barriers.

“Even amidst difficult situations, we always have a choice to remain empowered, hopeful, proactive, and future focused,” she said. “The core essence of who I am as well as what I say in print, media, and otherwise, revolves around the theme of empowerment.”