The Indian trio of Deepika Kumari, L. Bombayla Devi and Laxmirani Majhi were outclassed 0-6 by the hosts in semi-final 1 and will take on Japan in match for the bronze medal Sunday. 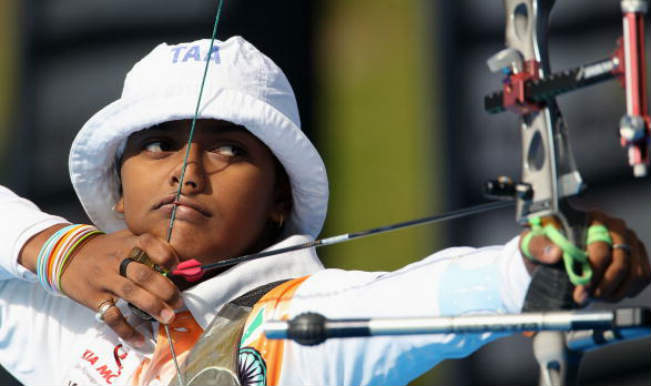 Incheon, Sep 26: Indian women’s recurve archery team will vie for the bronze medal in the 17th Asian Games after losing the semi-final to South Korea at the Gyeyang Asiad Archery Field here Friday. The Indian trio of Deepika Kumari, L. Bombayla Devi and Laxmirani Majhi were outclassed 0-6 by the hosts in semi-final 1 and will take on Japan in match for the bronze medal Sunday. Also Read - India's COVID-19 Tally Nears 6 Million; 10 States, UTs Account For 75% of New Cases | Key Points

A 56-54 third set scoreline gave the South Koreans an unassailable six points lead as India, who had won bronze in Guangzhou four years ago, will once again fight it out for third place. Earlier, India blanked Uzbekistan 6-0 in the elimination round before a nervy 5-4 shoot-off win over Chinese Taipei in the quarter-finals.

The Indian archers started the last-eight match brightly, winning the first set 51-49 to take a two-point lead. Chinese Taipei struck back immediately by taking the next set 56-54 to draw the tie at 2-2.  A narrow 53-52 third set win restored India’s two point lead but once again the Taipei archers brought the scores on level terms, 4-4, by winning the fourth and the final set to send the clash into the decider.

In the shoot-off, where all the competitors get a shot each, India held their nerves to record a 26-24 win to secure a semi-final berth.