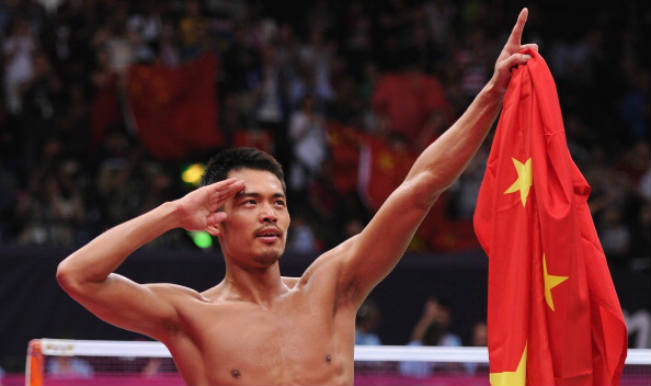 Incheon (South Korea), Sep 17: Banking on a contingent of 1,300 members, comprising athletes and officials, China aim to dominate the 17th Asian Games, the continent’s premier sporting event, starting here Friday, for the ninth consecutive time. China will be participating in all but one of the 36 sports – kabbadi – at the Sep 19-Oct 4 Games, with 33 Olympic champions in its squad, reports Xinhua. Also Read - China, India Must Not Unilaterally Change Border Situation Along LAC: MEA Insists Ahead of Bilateral Talks

“We consider the Asian Games an important part of our preparation for the 2016 Rio de Janerio Olympic Games,” said Xiao Tian, deputy chef de mission of Team China. “We hope that our athletes can show their fighting spirit and sportsmanship at the Asian Games and maintain our No. 1 position in the medals table.” Also Read - 'Kashmiris Don't Feel They Are Indians & Would Rather Prefer to Be Ruled by China', Says Farooq Abdullah

At the last Asiad in Guangzhou in 2010, China topped the table for the eighth straight time with 199 golds. It grabbed 416 medals overall, to 232 for South Korea and 216 for Japan. China will likely dominate table tennis, gymnastics, diving, badminton, weightlifting, and track and field, while fielding competitive athletes in other sports of the Games, with a total of 439 gold medals up for grabs.

But Liu Peng, chef de mission of Team China, stressed that the performance of the “Big Ball” (soccer, basketball, volleyball) teams will carry great significance. “Our teams of the three ‘Big Ball’ events face uphill battle in Incheon,” said Liu. “I hope that they won’t be daunted by the challenge and can make a breakthrough.”

To his disappointment, however, China’s men’s soccer team went down 0-3 to North Korea Monday in their group opener at the Incheon Asiad, and their women counterparts were held goalless by Japan. While former National Basketball Association (NBA) star Yi Jianlian is absent in Incheon, China’s hopes in basketball are also dampened.

China’s badminton coach Li Yongbo is hoping his team can win all seven gold medals on offer, with legendary badminton star Lin Dan — known as “Super Dan” — and reigning world women’s single champion Li Xuerui in the line-up there. As the world gymnastics championships are scheduled for Oc 3-12 in China, many of the Chinese star gymnasts will be missing the Asiad. Men’s horizontal bars world champion Zhang Chenglong and parallel bars world title holder Lin Chaopan will not be in Incheon.

In track and field, China are hoping to better the 13 gold medals won in Guangzhou, with hopes high in men’s long jump, women’s shot put, discus and long-distance running. But, China’s top hurdler Liu Xiang, who has yet to regain fitness following a foot injury which forced him out of the London Olympics, will not be able to defend his Asiad title.

China has won 55 table tennis championships in the past ten Asian Games and swept all seven gold medals in Guangzhou. If it wants to match the feat, it must do so without veteran Wang Hao and defending women’s champion Li Xiaoxia. “The Asiad will largely be used as a platform for young aspiring athletes to get international competition experience,” said Liu Guoliang, head coach of the Chinese table tennis team. “We don’t care much about how many gold medals we win in Incheon. We’re focusing on the Rio Olympics,” he added.