China and Kazakhstan, who took gold and silver respectively in the 2010 Asian Games, are again medal favorites in the women's events. 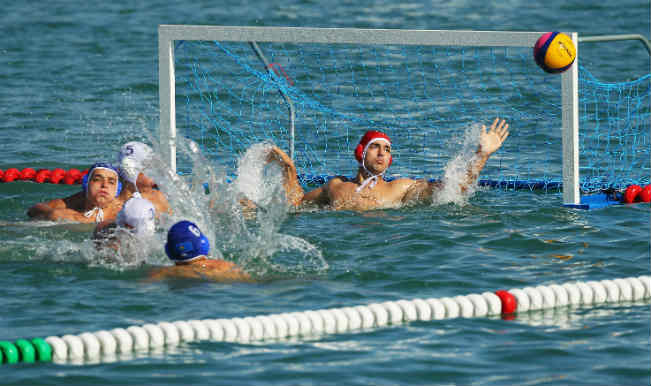 Incheon (South Korea), Sep 17: China, Japan and Kazakhstan will be keenly fighting it out for the two gold medals that are up for grabs in Asian Games water polo, which will kick off with women’s event at the Dream Parks Aquatics Centre here Saturday. Water polo has been an official sport at the Asian Games since the very first competition in 1951 in New Delhi, India, but women’s water polo was only introduced just four years ago at the 2010 Guangzhou Asian Games, reports Xinhua. Also Read - Japan to Gradually Lift International Travel Ban From October

The women’s event will take place Sep 20-24 with a total of six teams participating in the competition – Singapore, China, Hong Kong of China, Kazakhstan, Japan and Uzbekistan. The teams will play a round-robin tournament with the final round set for 7:30 p.m. Sep 24. Also Read - Declaring Gilgit Baltistan as Its province: Pakistani Move or Chinese Influence?

Men’s water polo will be held from Sep 25-Oct 1. In contrast to the women’s teams, the seven competing teams have been divided into groups based on their rankings in previous Asian Games. Group A will see clashes between top-seed Kazakhstan, fourth-seed South Korea, Singapore and Hong Kong of China, while in Group B, second-seed China, third-seed Japan and Kuwait will battle it out.

China and Kazakhstan, who took gold and silver respectively in the 2010 Asian Games, are again medal favorites in the women’s events. The Chinese women’s team also won the 3rd Asian Water Polo Cup in Singapore in October 2013.

China, Kazakhstan and Japan are all in medal contention for the men’s events. The three teams had a fierce contest in the past three Asiad, where at the most recent Games, Kazakhstan clinched gold via a narrow 7-6 win over China and Japan claimed the bronze.