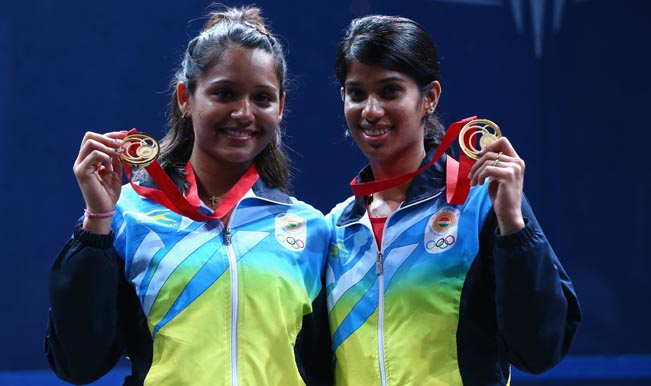 Soon after, World No.12 Pallikal stepped on the court against 150th ranked Jinyue Gu of China. The highest-ranked Indian slipped a bit before prevailing 11-6 10-12 11-6 11-4. The teammates now face each other in the quarterfinals tomorrow, less than two months after winning India’s first ever squash medal at the Glasgow Commonwealth Games, where they won the women’s doubles gold. Also Read - Ladakh Standoff: India, China Hold Sixth Round of Corps Commander-Level Talks at Moldo

Whoever wins the match will be assured of a medal as the losing semifinalists get a bronze each in the quadrennial event. Both Pallikal and Chinappa have called the draw “unfortunate” and the former had even considered a pullout claiming “manipulation”. The face-off will be pulsating nonetheless. Both players know each other’s game very well and the difference in their rankings is going to count little. Also Read - Schools Reopening From Monday: What is Partial Resumption? Is There Any Compulsion to Attend Classes? FAQs Answered

Top seed Saurav Ghosal and compatriot Harinder Pal Sandhu will also be seen in action later today when they play their second round matches, effectively the pre-quarterfinals. Both were handed byes in the first round. India has so far won four medals (all bronze) at the Asian Games since the sport was introduced in the 1998 Bangkok edition. Two of them have come courtesy Ghosal and the rest in men’s and women’s team event.