The Indian eves were in complete control of the match and dominated the proceedings right from the start in what was their seventh consecutive win over Malaysia. 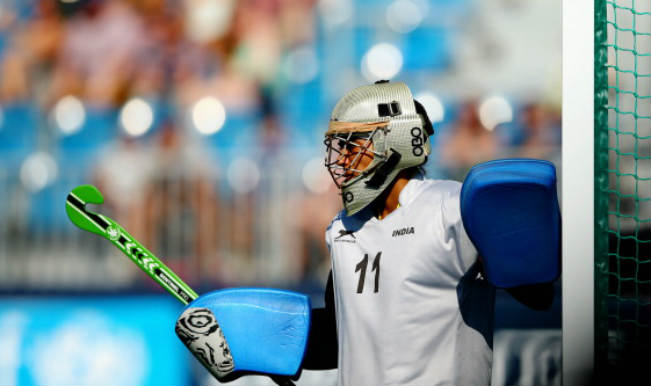 Incheon, Sep 26: The Indian women’s hockey team moved into the semi-finals of the Asian Games with a convincing 6-1 win over Malaysia in their last Pool A match at the Seonhal Hockey Stadium here Friday. India will be facing 2010 silver medallist South Korea in the semi-final slated for Monday. The other semi-final would be between defending champions China and 2010 bronze medallist Japan. Also Read - 16 Countries Provide Visa-Free Entry to Indian Passport Holders: Govt Tells Rajya Sabha

The Indian eves were in complete control of the match and dominated the proceedings right from the start in what was their seventh consecutive win over Malaysia. Forward Rani and defender Jaspreet Kaur scored two goals each while Vandana Katariya and Namita Toppo scored goals apiece. Also Read - Ladakh Standoff: 13 Hours of Marathon Talks Between India, China Fail to Bring Any Breakthrough, Claim Reports

India opened the score with a beautifully crafted field goal by Rani in the fourth minute of the game. Without wasting much of time, Jaspreet converted a penalty corner for India in the ninth minute and doubled the lead to 2-0 in the first quarter.
Heading towards the second quarter of the game, two quick goals from Namita and Rani in the 17th and 20th minute respectively almost the sealed the match in favour of India.

Even after opening up a 4-0 lead, India didn’t slacken and kept up the tempo with relentless attack on the Malaysian defence. The fifth goal came through the stick of Jaspreet again as she made no mistake in converting the penalty corner in the 39th minute. Malaysia pulled one back in the 41st minute with a penalty corner converted by captain Rahman Nadia in the third quarter.

Going into the last quarter, Vandana scored a brilliant field goal in the 50th minute to complete the scoreline for India. The win was also India’s third consecutive win over Malaysia in the Asian Games. In the 2006 Asian Games, India defeated Malaysia 4-2 and at the 2010 Asian Games, India won 4-0.