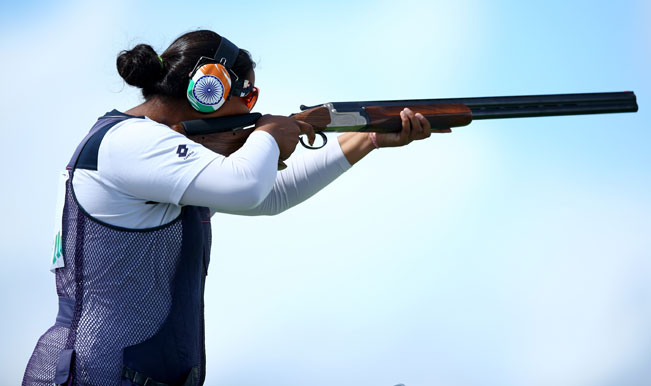 Shooter Shreyasi Singh was part of the the women’s double trap team that clinched the bronze medal.

Incheon, Sep 25: Indian rowers were the star performers, bagging two bronze medals, while the unheralded women shooters added another bronze as India maintained their 15th position in the overall standings with a tally of 15 in the 17th Asian Games here today. Armyman Swaran Singh Virk rowed his way through exhaustion to the third spot in single sculls before the men’s squad added the eights title on yet another mixed day for the Indian contingent. Also Read - Badminton | Saina Nehwal Questions Timing of Thomas And Uber Cup During COVID-19 Times, Asks 'Is it Safe Enough to Conduct The Tournament'

The double trap women’s team of Shagun Chowdhary, Shreyasi Singh and Varsha Varman, brought some cheer for the largely off the mark shooters with their bronze medal on the sixth day of competitions. India were assured of a silver in archery while the squash players were also assured of a bronze each in the men’s and women’s team events after making the semifinals. Also Read - Badminton: Parupalli Kashyap Questions Selection Criteria of 8 Olympic Hopefuls, Asks Why Am I Not in National Camp?

But it was heartbreak for the Indian men’s hockey team which went down to arch-rivals Pakistan 1-2 in a group B encounter. The defeat has put India’s chances of progressing to the next round in jeopardy. With the addition of three more to the tally today, India were placed 15th with one gold, a silver and 13 bronze medals. Also Read - Badminton Will Continue Flourishing in India For Years to Come: Pullela Gopichand

China continued to lead with 138 medals (72-36-30) followed by hosts South Korea (28-29-28) and Japan (22-33-28). In badminton, star shuttlers Saina Nehwal and Parupalli Kashyap advanced to round of last and last 16 respectively but PV Sindhu bowed after losing in the preliminary stage. Rowers were, however, the stars of today’s proceedings for India.

As the rowing events ended at the Chungju Tangeum Lake International Rowing Centre, India’s modest tally of medals stood at three bronze, the first having been won yesterday by Dushyant Chauhan in men’s lightweight single sculls. The performance was lower in both quality as well as quantity to the 2010 tally of 1 gold medal, 3 silver and 1 bronze. 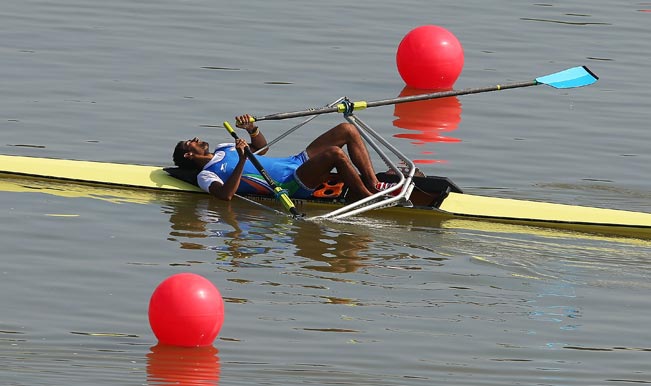 Naik Subedar Swaran Singh must be complimented for putting up a brave effort. The timing he clocked here to win the bronze covering the 2000m distance (7 minutes, 10.65 seconds), was better than his performance at the London Olympic Games two years ago timing wise (7:29.66).

But the extra effort the 24-year-old former volleyball player put in towards the end when he tried to ward off the challenge from South Korean rival Kim Dongyong, who secured the silver, saw him collapse due to exhaustion. He fell off the boat into the water, and had to be taken out by the rescue team to the ambulance.

Later the men’s picked up the eights bronze by securing the third position behind gold medal winners China and Japan who crossed the finish line in 1:27.96 and 1:30.39 respectively. The Indian team of Kapil Sharma, Ranjit Singh, 2010 single sculls gold medal winner Bajrang Lal Takhar, P U Robin, K Sawan Kumar, Mohammad Azad, Maninder Singh, Davinder Singh and Mohammed Ahmed started sluggishly to be trailing in fourth at the halfway stage before making the extra effort to clinch the bronze.

At the faraway Gyeonggido shooting range, the women shooters provided the seventh medal for the country so far. However, for the second successive day India drew a blank at the nearby Ongnyeon pistol and rifle range where hot shot Gagan Narang made his appearance and flopped individually as well as collectively with his team-mates in 50m rifle prone event. Pistol shooters Gurpreet Singh, Mahaveer Singh and seasoned Samaresh Jung too disappointed.

In archery, atleast another silver medal was assured after the trio of Abhishek Verma, Rajat Chauhan and Sandeep Kumar entered the final of the compound men’s team archery event. The trio of Verma, Chauhan and Kumar defeated Iran, comprising Esmaeil Ebadi, Majid Gheidi and Amir Kazempour 231-227 in the semifinal at the Gyeyang Asiad Archery Field. The team will now face formidable Korea in the gold medal match. The hosts defeated Philippines 228-227 in another semifinal encounter.

It was heartbreak for India in the women’s compound women’s team event as the trio of Trisha Deb, Purvasha Shinde and Jyothi Surekha Vennam lost to favourites Chinese Taipei in the semifinal. The Indian trio gave the Chinese Taipei side a run for its money before going down 224-226. The Indian eves, however, have a chance to finish on the podium as they take on Iran in the bronze medal match tomorrow.

The Indian squash contingent, meanwhile, was assured of its best ever showing by reaching the men’s and women’s team semifinals, ensuring medals in all four categories on offer. The Indian women’s team, including Dipika Pallikal and Joshana Chinappa, dispatched China 3-0 to top Pool B after the men cruised past Japan with an identical scoreline at the Yeorumul Squash Courts here.

While the women face hosts South Korea in the semifinals, the men will know about their semifinal opponents after their final league match against Malaysia later in the day. The winner of the match will top the group. In any case, both Indian teams will pocket at least a bronze medal for the reaching the semifinals, just like they did in Guangzhou four years ago. India are also set to surpass their 2010 tally of three bronze, having won a bronze and silver through Pallikal and Saurav Ghosal, respectively.

On the badminton court, Saina sailed into the quarterfinals with a comfortable straight-game win while Kashyap advanced to the pre-quarters. World number seven Saina thrashed Iran’s Soraya Aghaeihajiagha (2-0) 21-7 21-6 in a women’s singles round of 16 match at the Gyeyang Gymnasium. Seeded sixth, Saina would be would up against no. 2 seed Wang Yihan of China. 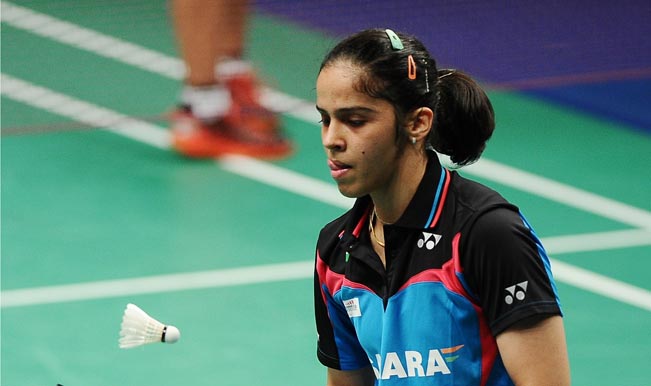 Indian tennis players Yuki Bhambri, Sanam Singh and Ankita Raina registered comfortable wins in their respective singles matches to sail into the pre-quarterfinals. All the three Indians were hardly tested by their opponents as they registered straight set wins without breaking a sweat at the Yeorumul Tennis Courts.

However, there was disappointment elsewhere with Indian swimmers with none of the four Indians in fray — Anshul Kothari Aaron D’Souza, Neil Contractor and Prathapan Nair — making the finals of their respective events. It was another dismal outing for Indian cyclists with Amarjit Singh and Amrit Singh finishing fifth in their respective repechage heats to be knocked out of the Men’s Keirin event. In sepaktakrow, the Indian men’s team was thrashed 0-3 by hosts South Korea in their preliminary group A match.