The added incentive to win the gold is that the winners of both the competitions will earn a direct entry into the 2016 Olympic Games in Rio. 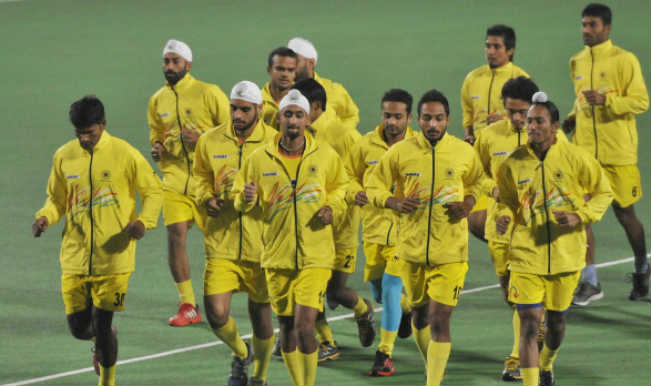 Incheon, Sep 19: India will start their elusive quest for the Asian Games men’s hockey gold in a new format of the game when they take on minnows Sri Lanka in their Pool B opener here on Sunday while the women’s team begin their campaign the next day. The Asian Games will be the first major international hockey competition to feature the new format where the duration of the game has been reduced from 70 to 60 minutes and from two halves of 35 minutes each to four 15-minute quarters with 40-second time-outs when a penalty corner is awarded and after a goal is scored. Also Read - Schools Reopening From Monday: What is Partial Resumption? Is There Any Compulsion to Attend Classes? FAQs Answered

The logic behind additional time-outs for penalty corners and after goals is to ensure 60-minute actual playing time by eliminating the dead time associated with set pieces and also allowing the teams to celebrate after scoring a goal, the International Hockey Federation has reasoned. Also Read - Coronavirus Creates Havoc: 3 MPs, 6 MLAs And Former President Among COVID's VVIP Victims

The added incentive to win the gold is that the winners of both the competitions will earn a direct entry into the 2016 Olympic Games in Rio, which India failed to utilise when they slipped in the semi finals to Malaysia four years ago in Guangzhou, China.

India, second-best among Asian teams in world rankings at no. 9 behind leaders, four-time winners and tournament hosts South Korea, have been drawn in a group which features arch-rivals and title holders Pakistan and their clash on September 25 is the highlight of the group phase. Pakistan start their campaign one day early, tomorrow, when they take on Oman and Indian think tank will have a way to assess them through this game.

Though India, who have won the gold only twice in the past, are going into the tournament on a sort of high and with a settled combination after winning silver behind world champions Australia at the Commonwealth Games, any encounter with Pakistan, who are a bit rusty after not having played for almost seven months, is going to be a humdinger.

Sardar Singh, who is India’s flag bearer at the opening ceremony, will have to be at his inspirational best along with the other senior in the squad, goalkeeper P S Sreejesh, if the team has to go all the way and recapture the gold which the country last clutched in 1998 at Bangkok under Dhanraj Pillay’s leadership. The other two teams in India’s group are Oman and China whom they are meeting on September 23 and 27.