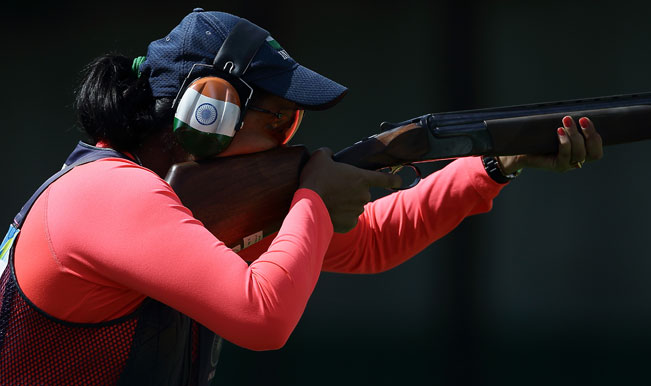 Incheon, Sep 25: India’s unheralded women shooters nailed the bronze in team double trap at the faraway Gyeonggido range in the 17th Asian Games here today, the seventh medal in the discipline gained by the country so far. However, for the second successive day India drew a blank at the nearby Ongnyeon pistol and rifle range where hot shot Gagan Narang made his appearance and flopped individually as well as collectively with his team-mates in 50m rifle prone event. Also Read - India's COVID-19 Tally Nears 55 Lakh-mark, Deaths Stand at 87,882 | Key Points

Pistol shooters Gurpreet Singh, Mahaveer Singh and seasoned Samaresh Jung too disappointed. Had it not been for the bronze won by the double trap women’s trio of Shagun Chowdhary, Shreyasi Singh and Varsha Varman, the shooting events would have ended for the day without a medal. Shagun aggregated 96 out of 120 shots to finish 8th out of 19 starters, Shreyasi fell to the 10th spot with a score of 94 while Varsha did even worse with a four-round tally of 89. Also Read - Ladakh Standoff: India, China Hold Sixth Round of Corps Commander-Level Talks at Moldo

However, their combined effort fetched them a score of 279, which was far behind gold medal winners and world record setters China’s 315 or silver medal winners Korea’s 324. India, though, were comfortably ahead of fourth-placed Chinese Taipei’s 268. Shagun’s sequence was 24, 25, 24 and 23 while Shreyasi and Varsha came up with 24, 22, 22, 26 and 23, 21, 24, 21. The individual gold was won by Korea’s Kim Mijin with a world record score of 110. Also Read - Schools Reopening From Monday: What is Partial Resumption? Is There Any Compulsion to Attend Classes? FAQs Answered

Earlier, there was a medal drought at the nearby shooting range. Commonwealth Games silver medallist Gagan Narang failed to live up to his reputation after starting off with a bang, two 10.8s in the 50m rifle prone qualification, before going off target and finishing with a disappointing score of 618.4, which could get him only the 14th place out of 52 starters.

Joydeep Karmakar, who had stood fourth in the London Olympic Games, shot much better and ended up 10th with 621.2 while the third Indian in fray, Hariom Singh, proved out of depth and gained the 29th slot with 613.2. Their combined score of 1852.8 helped India finish just outside the medal reckoning at no. 4 behind gold medallists China (1876.6, a new world and games record), silver winners Korea (1869.0) and bronze medallists Kazakhstan (1859.0).

The Indian pistol trio of Gurpreet Singh (570), who stood fifth out of 32 starters, Mahaveer Singh (559, 17th) and Samaresh Jung (555, 24th) ended up in 5th spot overall in the men’s 25m standard pistol. Karmakar later said that the last five shots when he came up with 9.8 and 9.9, after three other ten-plus scores, including a superb 10.8 proved to be his undoing.

“The last few shots made the difference,” he told reporters, adding that he’s still to get fully comfortable with the new breathing technique he has been using from the Commonwealth Games in Glasgow, which is the one used by almost everyone in the world.

“For 25 years in shooting I was inhaling (when pressing the trigger) and now I am exhaling. I am still not fully comfortable, but am sure will feel confident in due course of time. This is the best technique adopted by the world over. I was trying a bit too hard to practice this technique in the end and that made the difference. I am quite comfortable during practice but match play is different,” said the 35-year-old Bengal shooter. 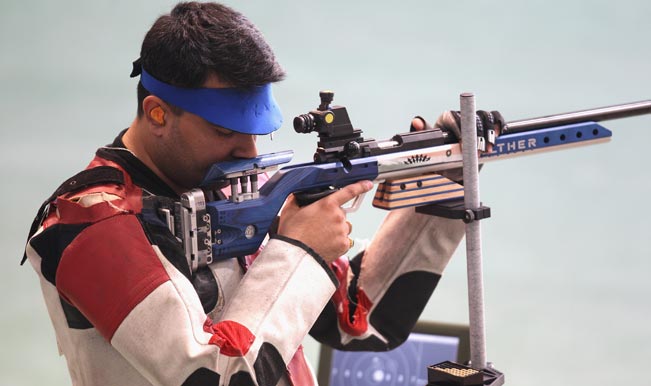 Gagan Narang flopped both in individual and team events.

“The back-to-back events World Championships in Granada, Spain, followed by these Games have been exceptionally hard on the shooters who are tired both physically and mentally. We should have reached here direct from Spain but had to go back to India, to get our visas (with the accreditations not yet come) and came here. We have missed on some medals narrowly, which would not have happened had the shooters been fresh,” he said.

India’s Ankur Mittal, Sangram Dahiya and Ashab Mohd finished sixth in double trap men’s team finals. The Indian trio shot a total of 398 with Mittal scoring 136. Dahiya shot 131 and Ashab also had 131. The gold was won by Qatar and the silver went to China. Kuwait bagged the bronze medal.