The excitement of watching India vs Pakistan in the hockey field will come alive with Sardar Singh led side looking to register their third straight win in Pool B. 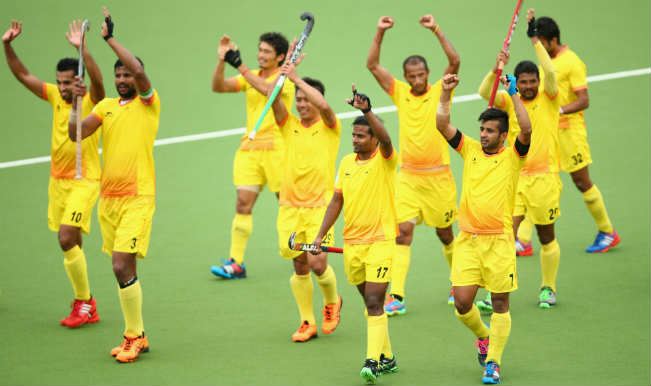 India stooped to new lows on Day 5 of Asian Games 2014 in Incheon with sole addition of bronze medal by rower Dushiant Dushyant taking India’ medal tally to 12. Despite India failing to bag medals on Wednesday, they did well in squash, badminton, boxing circuits to raise medal hopes in coming days. Day 6 will have spotlight on badminton sensations Saina Nehwal and PV Sindhu playing round of 16 matches and India vs Pakistan in Pool B Hockey Match. One can catch the live streaming of Day 4 of Asian Games 2014 from 5.00 am IST on September 23, Tuesday at the official website of Ten Sports TV Network at live.tensports.com. Ten Sports that have acquired the rights to bring live coverage of 2014 Asian Games will also show the Indian athletes action at Ten HD as well. Also Read - I Regret Becoming a Cyclist, All I Now Want is my Old Life Back: Swaran Singh

Saina Nehwal and PV Sindhu registered easy victories over their round of 32 opponents from Macau. They would look forward to clearing the pre-quarters round against Iranian and Indonesian opponent respectively. India’s top singles male player Parupalli Kashyap will also be in action playing his round of 32 match. While, the excitement of watching India vs Pakistan in the hockey field will come alive with Sardar Singh led side looking to register their third straight win in Pool B. After a medal-less day 5 for the shooting side, India would hope to return to winning ways with Gagan Narang leading the shooters on Day 6. Also Read - Living in Abject Poverty, Former India Cyclist Working Night Shift As Security Guard With Daughter Battling TB

The Day 6 is expected to be usual outing for China who continued with their dominance over the medal table. China were exceptional in their winnings with Chinese gymnasts wining three out of five gold medals on the first day of apparatus finals while their swimmers emerged the biggest winners in the pool as they won four of the seven events in the day – three women’s individual events and the men’s 4x100m freestyle relay. They have currently won 118 medals including 59 gold, 32 silver and 29 bronze.