India put on an excellent display Saturday, winning a whopping 10 medals, including two gold and silver each, in what was their best day in office so far at the 17th Asian Games. 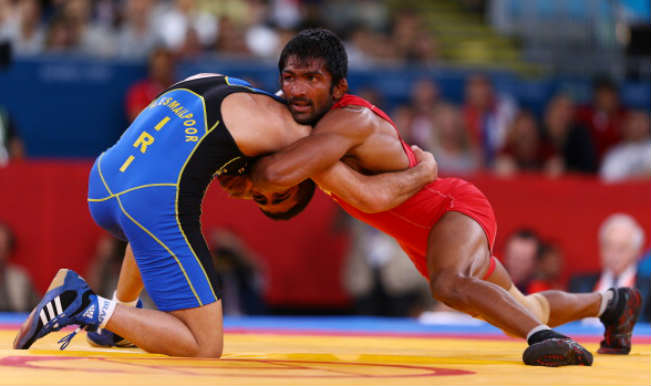 After a phenomenal performance on Day 8 in Incheon, Indian team will look forward to carry on with their new found winning momentum on Day 9 of the Asian Games 2014. India riding on the success of their archers, wrestlers and squash players on September 27 will have a lot to play for on Sunday as several medal rounds have Indian players featuring in it like tennis, archery and boxing. One can catch the live streaming of Day 9 of Asian Games 2014 from 5.00 am IST on September 28, Sunday at the official website of Ten Sports TV Network at live.tensports.com. Ten Sports that have acquired the rights to bring live coverage of 2014 Asian Games will also show the Indian athletes action at Ten HD as well. Catch the Live Updates of Day 9 of Asian Games 2014, Incheon here  Also Read - Tennis: Prajnesh Gunneswaran Loses Hard-Fought Final in ATP Challenger in US, Lost to Denis Kudla

India put on an excellent display Saturday, winning a whopping 10 medals, including two gold and silver each, in what was their best day in office so far at the 17th Asian Games. The two gold medals took India, who have a total of 28 medals, including three gold and four silvers, to the 11th place in the medal standings. Also Read - Tennis: Novak Djokovic Equals Pete Sampras' Record of Six Year-end No. 1 Trophies

India are assured of at least five more bronze medals from the 17th Asian Games after the tennis players put up an impressive display to reach the semifinals of five events at the Yeorumul Tennis Courts, in Incheon. Meanwhile, The Indian boxing contingent made a promising start to their Asian Games campaign with three women – Mary Kom, L. Sarita Devi, Pooja Rani – and two men – Gaurav Bidhuri and Mandeep Jangra – advancing to the quarter-finals of their respective categories at the Seonhak Gymnasium.