Shooting is the first medal event taking place in the 17th edition of Asian Games with a total of 44 medals in fray in the shooting event that will continue till September 30. 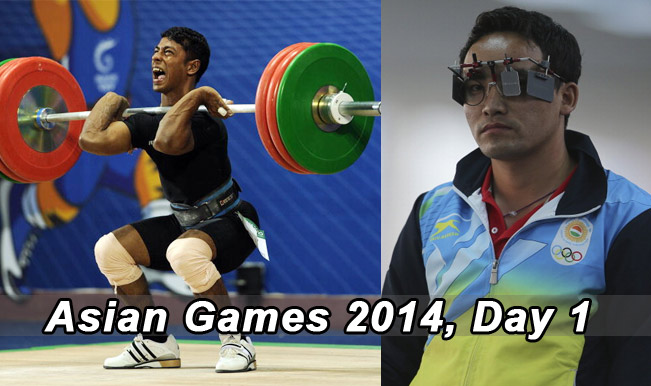 Women’s Team Quarterfinal: Saina Nehwal again started off with a win to give India 1-0 lead after beating Ratchanok Intanon of Thailand 21-15, 17-21, 21-18 in women’s team quarters. The Indian women team earlier defeated Macau 3-0 to progress in quarterfinals.

Saurav Ghosal beats Ahmad Khaleel Alsaraj of Jordan 11-2, 11-4, 11-3 in round of 16 to enter quarterfinals of Men’s Singles event. This is great news for the men’s field in squash that has so far been dominated by pin-up quash girls Joshna Chinappa and Dipika Pallikal.

India beat Palestine 89-49 in Men’s Basketball with a dominant display  in the Men’s Qualifying Round Group B Match.

India beat Oman 3-0 in Women’s Team First Round of Tennis. Sania Mirza, India’s most famous tennis star was not playing against Oman as Prarthana Gulabrao Thombare and Ankita Raina of India won their respective singles matches. As for in the third rubber, Natasha Marie Anne Palha and Rishika Sunkara was handed a walkover in the doubles match. 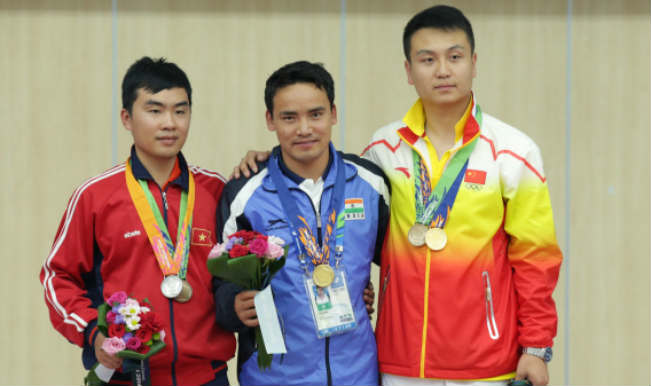 Indian shooter Jitu Rai Saturday clinched the gold medal in the men’s 50 metre pistol event in the Asian Games at the Ongnyeon International Shooting Range here. The silver medal went to Vietnam’s Hoang Phuong Nguyen while China’s Wei Pang settled for the bronze.  Shweta Chaudhry shot the first medal for India in the 2014 Asian Games after she won the bronze in the women’s 10m air pistol at the Ongnyeon International Shooting Range here Saturday. (Agency) 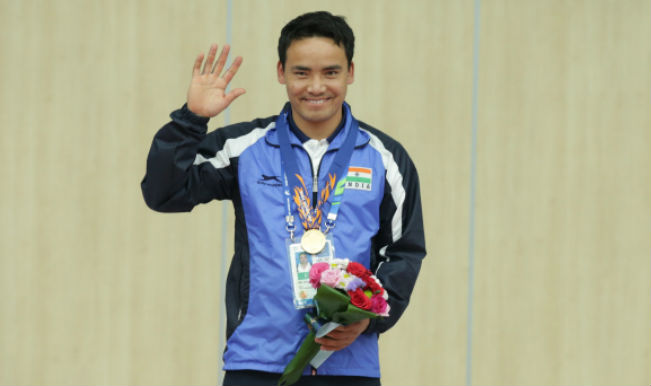 50m Pistol Men’s finals: Jitu Rai tied at 160.8 with Vietnam’s Nguyen Hoang Phuong hit a shocking 7.4 shot to give advantage to Hoang. In a nail biting last two shots, the difference between the two shooters, there is a difference of 0.2 with Rai leading. And Jitu Rai creates history as he hits 8.4 shot compared to Hoang’s nervous 5.8 shot to win the gold medal, the first gold at Asian Games 2014. Shooter Jitu Rai wins gold medal in 50m Pistol Men’s finals

Jitu Rai leads the starting list in the 50m Pistol Men’s finals. At the end of six shots, Jitu Rai stood at the fourth rank in the standings with 56.6. The first to eliminate from the finals was PU Qifeng. Heavy pressure on Jitu Rai with score of 73.8 before he hit a 10.4 shot to hang in the finals, while  the second to eliminate was Jin Jongoh of South Korea. Singapore’s Swee Hon Lim eliminated after a shocking low score of 4.4 shots. Jitu Rai is leading the top spot with 113.3 and Nguyen Hoang Phuong replaced him on the top after Rai hit an average shot of 8.3 to drop down. China’s Pang Wei eliminated next from the finals. Vietnam’s Nguyen Hoang Phuong led with 141.6 while Rai is second with 140.9. Jitu Rai is assured of bronze medal. 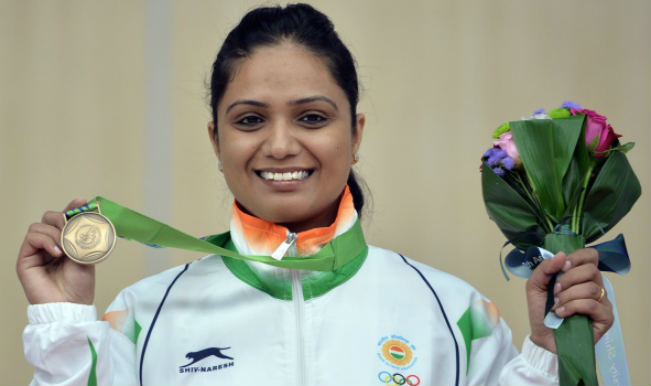 Women 10m Air Pistol Finals: Shooter Shweta Chaudhary wins first bronze medal in Women 10m Air Pistol Finals. Shweta Chaudhary after 3 shots lead the points standings with 30.8. After another 3 shots, Chaudhary leads with 60.8 points in the finals. Shweta slipped to sixth place and then moved to third place with 128.4 points with Zhang of China leading the standings. Shweta Chaudhary, the world no. 46 hit a 10.6 to avoid elimination among four and should assure a bronze for India. There is a shoot-off between Chaudhary and China’s Zhou for the bronze medal tied at 157.3 points. And she hit a 10.7 while her Chinese opponent hit a 10.0 to assure a bronze medal on the opening day of Asian Games 2014 after 16 shots. She will have to be content with bronze as she hit 8.6 shot.