Dipika Pallikal and Joshna Chinappa won their respective opening round matches of the singles event and will face each other in the quarterfinals. 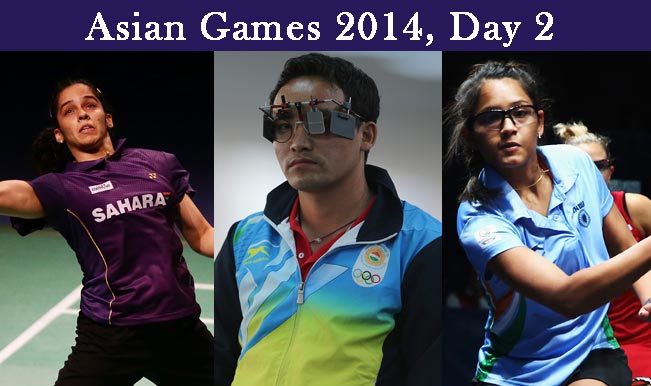 In the semi-finals match taking place between India and South Korea, the Indian side lost to the home nation 1-3 after PC Thulasi lost the must win match 4 in straight sets. Only Saina Nehwal won her match in the opener while PV Sindhu squandered a game lead to lose her match eventually. Young Sikki Reddy Nelakurthi-Pradnya Gadre and PC Thulasi were no match to the experienced players from South Korea.

Women’s Team Semifinals: PV Sindhu could not maintain the lead provided by Saina Nehwal as the 19-year-old lost the second singles match to BAE Yeonju 14-21, 21-18, 21-13. India is now level at 1-1 with South Korea in the semifinal match

Thailand crushed India to a humiliating 10-0 loss in the first round of Women’s Group A match. Thailand scored 8 goals in the first half and completed the win with another 2 goals coming inn second half.

India put up a brave fight against Saudi Arabia but left themselves a mountain to climb in the final two quarters, finally losing 67-73 in the men’s basketball qualifying round Group B match of the 17th Asian Games here Sunday. After a tight first quarter, India fell 13 points behind their opponents in the second and that game remained the same in the third. IANS

Women’s Team Semifinals: PV Sindhu started off slowly in the second match of the women’s team semi-finals but quickly overcame to take the first game 21-14.

Women’s Team Semifinals: Saina Nehwal ran over her opponent in third and final game 21-9 to gave India 1-0 lead in this semi-final match against strong South Korean side. In tough three games match, Saina Nehwal of India defeated Jihyun Sung of South Korea 21-12, 10-21, in singles match 1 of semis. Saina Nehwal won the first game in 18 minutes before sung made a comeback to take the second game 21-10.

In the opening match of Pool B, Indian hockey captain Sardar Singh leads his side to an emphatic 8-0 win over minnows islander Sri Lanka. They scored 5 goals at the end of half time against hapless Sri Lankan side. They would nexy play Oman on September 23 and arch rivals Pakistan on September 25. 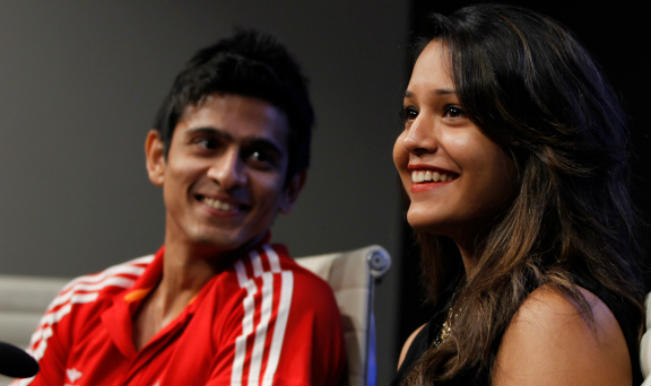 Men’s Pool B match: Ramandeep Singh scored another field goal just before the half time to take the scoreline to 5-0 at the end of first half. Kangujam Chinglensana Singh scores another brilliant field goal to make it 4-0 for India against Sri Lanka. VR Raghunath converted a penalty corner just before the end of 1st quarter to make it 3-0. The first goal was scored by Danish Mujtaba in the 5th minute to give India 1-0 lead over Sri Lanka. It was followed by Rupinderpal Singh quickly, who converted a penalty-stroke to make it 2-0 for India.

In a royal battle of countrywomen, Dipika Pallikal defeated her doubles partner Joshna Chinappa in marathon five games to advance to Women’s Singles Semi-finals. She won the quarterfinals match 7-11, 11-9, 11-8, 15-17, 11-9. With this, Dipika Pallikal assures herself a bronze medal at Asian Games 2014.

India’s Saurav Ghosal produced a fine performance in the quarterfinal match against Nasir Iqbal to win it in four games. Saurav Ghosal with this 3-1 win assured second medal in sqaush this Asian Games 2014. He defeated Nasir Iqbal 11-6, 9-11, 11-2, 11-9 in 58 minutes. There would be a minimum of bronze medal from Saurav as the ladies Joshna and Dipika are fighting it out in women’s singles quarterfinals. 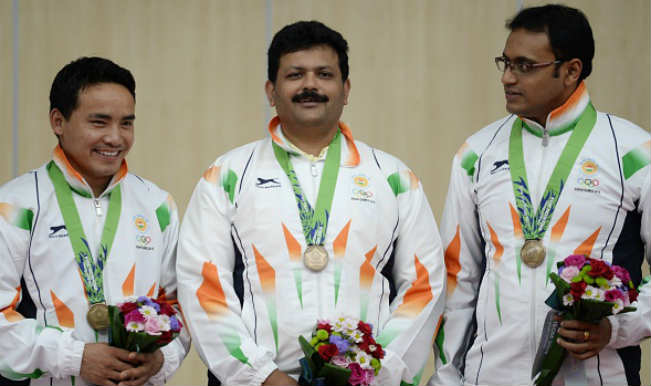 Jitu Rai Sunday spearheaded India’s 10 metre air pistol team to clinch the bronze medal in the 17th Asian Games but missed out on an individual medal finishing fifth at the Ongnyeon International Shooting Range here. The three medals that Indians have won till now are all from shooting. Shweta Chaudhry has also won the bronze in the women’s 10m air pistol event Saturday to open India’s medal count and shortly after Rai gave the country the first gold medal from the Incheon Games. (Agencies)

Men’s Team Second Round: Yuki Bhambri and Sanam Singh lead India to 3-0 victory over Nepal in Men’s Team Round 2. Sanam Singh defeated Abhishek Bastola 6-0, 6-1 in Match 1 while Yuki Bhambhri defeated Jeetendra Periyar 6-0, 6-0 in Match 2. In Rubber 3, Saketh Sai Myneni and Divij Sharan won the men’s doubles match to progress to next round.

Jitu Rai eliminated from 10m Air Pistol Men’s finals. After the end of 10 shots, India’s Jitu Rai was second tied with local boy from South Korea Kim Cheongyong at 100.3 points. With five left in the fray, Jitu Rai in trouble as he drops to fifth place.

India won their first medal of Day 2 after finishing third and bagged bronze medal in the 10m Air Pistol Men’s Team. The trio from India Jitu Rai, Samaresh Jung and Prakash Nanjappa shot a total of 1743.64 just a 0.01 point difference from the silver medalist from China. The host country, South Korea clinched the gold medal with a score of 1744.71 points.

The Indian women’s badminton team ensured a bronze in this event after a long gap of 28 years when the side last won in Seoul Asian Games 1986. Indian side will face tough test from South Korea in the semi-finals.

Shooter Jitu Rai who gave India its first gold medal by winning 50m pistol at the 17th Asian Games to open India’s medal account. Jitu Rai will be in action on day 2 of the Asian Games 2014 in the 10m air pistol along with several other medal winners like Prakash Nanjappa, Manavjit Singh Sandhu vying to get top-notch standings for India. Indian women’s shuttlers and squash players have also assured the country of two more medals here Saturday.

Dipika Pallikal and Joshna Chinappa won their respective opening round matches of the singles event and will face each other in the quarterfinals, thereby, assuring India of a maiden medal in the women’s event at the Yeorumul Squash Courts in the 17th Asian Game.

The Indian women’s badminton team lived up to its potential to reach the semi-final at the Asian Games at the Gyeyang Gymnasium here Saturday. The shuttlers first beat Macau 3-0 in the Round of 16 and then came up with a brilliant performance to oust a strong Thailand 3-2 in the quarter-finals. Reaching the last four, where they will take on South Korea Sunday, assured India of at least a bronze, their first in the discipline since 1986.

Both the teams have suffered losses in their first game and this is the right time to bounce back in the tournament.