As Indian contingent heads back home we take a look at athletes who bagged yellow metal at the quadrennial continental games and made country proud. 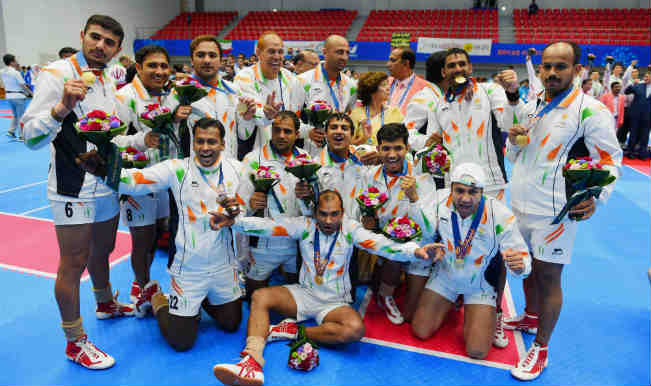 India ended their 17th Asian Games campaign with two gold medals in Kabaddi to take gold count to 11, which is three less than what India achieved in 2010 Asian Games at Guangzhou. In the previous edition of Asiad India had bagged overall 65 medals (14 gold, 17 silver and 34 bronze) while at this year’s games India settled with 57 medals (11 gold, 9 silver and 37 bronze). As Indian contingent heads back home we take a look at athletes who bagged yellow metal at the quadrennial continental games and made country proud. Also Read - I Regret Becoming a Cyclist, All I Now Want is my Old Life Back: Swaran Singh

Women’s 4x400m Relay: India bagged gold after the relay team comprising of Priyanka Pawar, Tintu Luka, Mandeep Kaur and Poovamma Machettira finished with the Asian Games record timing of 3:28:68 and it was also for the fourth consecutive time since 2002 India clinched gold in the event.

Seema Punia: In Women’s Discus Throw Seema Punia brought India gold as she registered the best throw of 61.03m in the finals. She finished better than her Chinese rivals Lu Xiaoxin and Tan Jian who recorded throw of 59.35 and 59.03 respectively.

Men’s Team: Indian men’s hockey team clinched historic gold at the Asiad after 16 years and that to by defeating traditional-rivals Pakistan 4-2 on penalties in the final match to make it even better. By virtue of Asian Games gold India directly qualify for 2016 Olympics.

Men’s Team: Indian men’s team maintained their winning streak at the Asiad since the inception of Kabaddi in 1990 and won gold after defeating opponents from Iran by just two points.

Women’s Team: Indian Kabaddi team followed the footsteps of men’s team as they also defeated Iranian opponents in the final to clinch gold.

Jitu Rai: It was Jitu Rai who opened India’s yellow metal account at the 17th Asian Games as the shooter clinched gold in 50m pistol. This was Jitu Rai’s second gold medal this year after he had won gold at the Commonwealth Games earlier.