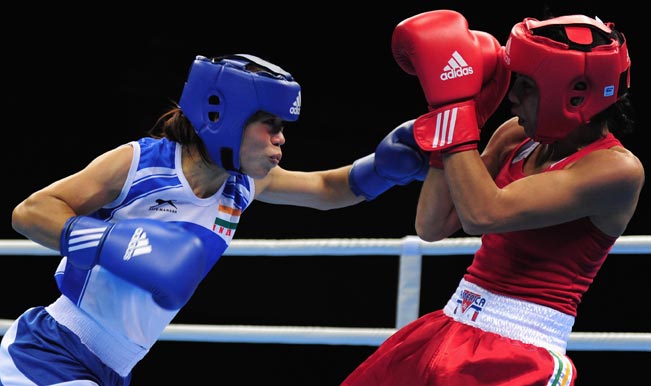 Mary Kom kicked off the proceedings in the ring for India for a second successive day and once again gave a perfect start, against Si Haijuan of China. Facing an opponent 10 years her junior, the five-time world champion Indian drew from her huge reservoir of experience to outwit the rather sprightly Chinese. Also Read - International Flights: Now Indians Can Fly to Japan, UK, Canada And 10 Other Countries | Who is Allowed & Who is Not? Read Detailed SOPs

Sluggish to begin with, the Manipuri found her rhythm as the bout progressed, displaying precision in her punches, especially jabs. Particularly impressive in the second round, Mary seemed on course for a comfortable win but was taken by surprise in the third round, in which Haijuan tactfully blunted the Indian’s attack. Also Read - India's COVID-19 Tally Nears 55 Lakh-mark, Deaths Stand at 87,882 | Key Points

However, mere glimpses of promise were never going to be enough against the multiple-time Asian champion, whose well-timed combination punches hardly found any response from the Chinese in the fourth and final round. In the end, Haijuan paid for her lack of experience against a seasoned campaigner, who was in control of the pace of the bout. Mary Kom will now be up against Vietnam’s Le Thi Bang in the semifinal.

Sarita, on the other hand, endured an energy-sapping slug fest against Mongolia’s Suvd Erdene Oyungerel but was a clear winner. The Indian, a former World and Asian champion, managed to come out triumphant as her blows landed clearly. She was also quite tactful in defence, fighting her opponent from a long range to ensure that even well-timed punches from Oyungerel lacked in impact.