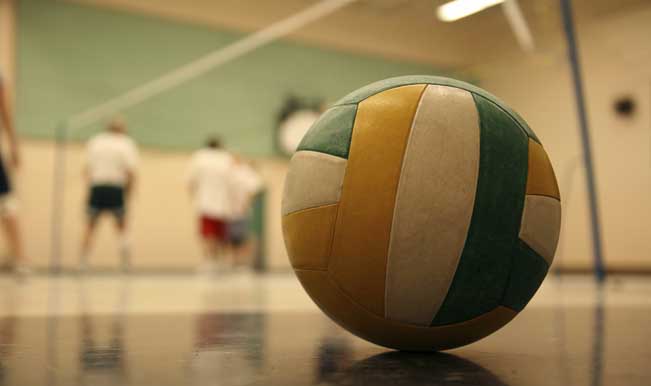 Incheon, Sep 20: Indian spikers were given a tough time by an unfancied Hong Kong before they prevailed 3-1 in the opening group league game of the men’s volleyball event at the 17th Asian Games, here today. India won by 23-25 25-18 25-16 25-21 against a spirited Hong Kong side which is atleast 90 places below them. Also Read - 'Kashmiris Don't Feel They Are Indians & Would Rather Prefer to Be Ruled by China', Says Farooq Abdullah

It wasn’t one of the most convincing performance from the Indian men, as there were too many errors at the net and also the performance of the libero Sivasubramanium Kanagaraj left a lot to be desired. However it was the tallest man in the court — GR Vaishnav, standing at 6 feet 9 inches, whose timely interceptions and smashes was one of the reasons that ‘Men In Yellow’ overcame their first hurdle. Also Read - Proud Moment! 17-Year-Old Surat Girl Appointed Green Ambassador By United Nations Environment Programme

Vaishnav scored 13 points while his teammates Prabhakaran and Gurinder Singh contributed with 15 points each. However Prabhakaran did struggle in the first game as he was unable to consistenly place his smashes which led to a number of retrievals by opposition libero Kin Pong Jonathan.

Having conceded the first set at 23, the Indians did well to open an 10 point lead in the second set before winning it at 18. The third set also went India’s way as they got the momentum going in their favour. The young Hong Kong spikers did make a vailiant attempt to level proceedings in the fourth set as they lead 16-14 till the final time-out.

However, it was Punjab lad Gurinder, who was in his element as his killer smashes opened up lead at 20 and Indians finished it off at 25-21.