The opening ceremony of 17th Asian Games Incheon 2014 is expected to see a perfect combination of Asian tradition with latest innovation. 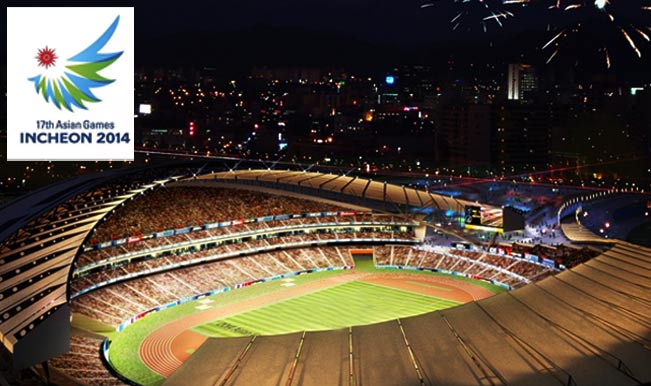 The 17th Edition of Asian Games officially known as the XVII Asiad, kicks off on September 19 at the Incheon Asiad Main Stadium, Incheon, South Korea at 15.00 pm IST (18.30 pm KST) on Friday. The spectacular once in four years multi-sports event will see a participation of 45 nations with more than 1,300 medals is up for grabs will officially mark its beginning with its grand opening ceremony. This extravaganza event with “Meet Asia’s Future” theme will be telecast by Ten Sports TV network in India. One can catch thelive streaming of Asian Games 214 Opening Ceremony here at live.tensports.com. According to the network, the live coverage of the 16-day Asian Games 2014 will be telecast Live and Exclusive on Ten Sports and Ten HD. Also Read - I Regret Becoming a Cyclist, All I Now Want is my Old Life Back: Swaran Singh

The opening ceremony of 17th Asian Games Incheon 2014 is expected to see a perfect combination of Asian tradition with latest innovation. The ceremony has been directed by renowned Im Kwon-Taek and Jang Jin with the performances being divided into four acts that will depict Asia’s Past, Present and Future. It will include topics like Asia long time ago, Asia meeting through the sea, Asia as family and friends and Asia as one and future joining with today. Several South Korean singers and performers will highlight the Korean traditional art. Also Read: Asian Games 2014 Schedule: Time Table & Fixtures of 17th Incheon Asian Games Also Read - Living in Abject Poverty, Former India Cyclist Working Night Shift As Security Guard With Daughter Battling TB

Eight times successive table toppers China will be participating with 1,328-member delegation at the Asiad while sixth ranked nation in 2010 Asian Games, India, one of the 45 nations and regions participating in the 17th Asian Games Incheon 2014 will see Sardar Singh, captain of Indian Hockey Men’s Team as the flag bearer in the opening ceremony. India boasts of wide fan following across the nation and Indians around the globe. Seeing the huge following of the games, Ten Sports has come out with #SalaamIndia that can be used by fans to wish the Indian athletes participating in Incheon.

Asian Games 2014 sees a participation of 9,429 in 439 events in 36 sports. The Asian Games in Incheon is seen as a great platform by athletes across the nations to test themselves ahead of the 2016 Olympics in Rio de Janeiro. China aiming to dominate the Asiad for the ninth occasion, clean swept the last Asiad in Guangzhou in 2010, with a total of 416 medals including 199 golds. The host city came second with 232 while Japan was third with216. As for India, they came sixth with 65 total medals but are aiming for a top three finish in this Asian Games riding high on the recent success at Commonwealth Games 2014. Follow all the live action at Ten Sports TV network.