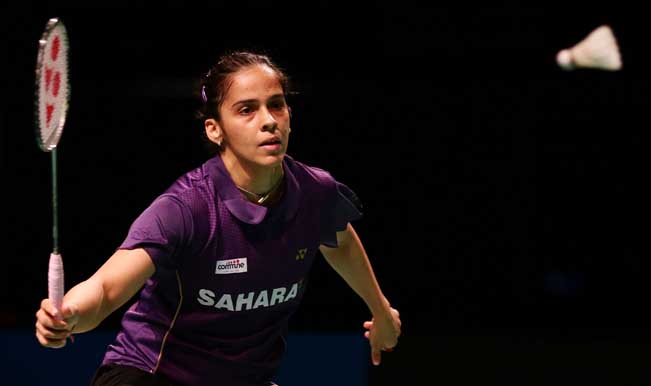 Incheon, Sep 21: A fighting India went down to hosts South Korea 1-3 in the women’s team badminton semifinals to settle for their maiden bronze medal at the Asian Games here today. This was India’s first medal in badminton since the team bronze won by the men in Seoul, 1986. The country’s women had to be satisfied with their first-ever medal in Asian Games history after seven bronze medals won by men. Also Read - India's COVID-19 Tally Surpasses 60 Lakh-mark, Death Toll Reaches 95,542 | Key Points

India’s No. 1 shuttler, Saina Nehwal pulled off a great victory in three tough games against Korean world no. 4 Sung Jihyun 21-12 10-21 21-9 in the opening match that lasted for 56 minutes. But thereafter, the Indians lost their next three matches to go down to a formidable opponents. P V Sindhu fought tooth and nail before losing in a 79-minute thriller to the host country’s left-handed world no. 6 Bae Yeonju 21-14 18-21 21-13 that levelled the tie 1-1. Also Read - COVID-19: India's Total Recoveries Cross 50 Lakh-mark, 1 Million People Cured in Last 11 Days, Claims Health Ministry

Again the lack of depth in the Indian squad came to bite them as Korean pair of Kim Soyeong and Chang Yena won the first doubles against the Indian duo of Pradnya Gadre and N Sikki Reddy in straight games 16-21 17-21, and then Korea’s Kim Hyomin smashed P C Thulasi 21-12 21-18 to settle the issue in the hosts’ favour. India along with other losing semifinalist Japan (who lost to title favourites China 1-3) automatically gained the bronze.

India started off with a bang as world no. 7 Saina really took off after a close first 10 points by reeling off 11 straight points from 12-all to win the opening game in 18 minutes.
She started with a 1-0 lead in the second before the Korean got her first point. A strong drift from one side of the court suddenly started effecting Saina’s game and she began to commit errors and quickly fell behind 9-17 in the second game that she lost.

The decider saw Saina at her attacking best as she moved her rival around the court by varying the pace of the shuttle and the strokes and then ‘killed’ repeatedly the high returns at the net. The girl from Hyderabad quickly jumped to a commanding 11-2 lead at the changeover and did not take her leg off the accelerator as she repeatedly caught her rival napping with her quicksilver play.  Her rival also committed errors often and the tie was sealed when Saina put a drop across the net.

“There was a strong drift on one side of the court, which I was not used to as I had played on the side court yesterday (against Thailand’s former world champion Ratchanok Intanon). It was very difficult to catch up once you conceded a big lead,” said the London Olympic Games bronze medallist who was mentored on the sidelines by her personal coach for the Games, Vimal Kumar.

The second singles between world no 10 Sindhu and world no 6 Korean Bae Yeonju was sort of a revenge encounter for the home team player who had been beaten by the 19-year-old Indian in the recent world championship quarterfinals at Denmark. It was replete with long rallies and some superb retrieval from both players with Sindhu winning the first game by reeling off points on a canter from 9-9 with some very aggressive play.

The second game was closely fought till 11-11 when the Korean stepped up her game to lead 16-12 before her Indian rival staged a great rally. At 16-17 came the best rally of the entire match with both players scampering around the court to return the shuttle and finally Sindhu was beaten by a net drop by the Korean girl. From then on it was easy for Bae to clinch the game in 30 minutes and force the deciding third game.

Sindhu fell far behind early on at 1-5 and then 4-10 before staging another grand rally with her never-say-die attitude to narrow the gap to 8-11 at the changeover. She caught her rival up at the same score, but fell behind 13-14. The Korean then simply blew her away, winning the last point when a tired Sindhu returned her low serve over the baseline.

Sindhu later praised her rival, whom she had beaten 19-21 222-20 25-23 in the world championships quarterfinals for her second bronze. “It was a very good match and she played very well. There were several long rallies. I was down in the third game and then came back. The two net dribbles could have gone either way,” she said. Sindhu said she was not too concerned about the drift as “it is the same for both the players”.

Sindhu said she was prepared for a long match. “She is a very good player and we were playing in Korea. I knew how tough it would be,” said Sindhu, two-time world bronze medal winner. Stating that she enjoys playing the team championships as it gives a chance for the players to bond well, Sindhu said, “It happened in the Commonwealth Games and it’s happening here too. I am very happy.”

National coach Gopichand expressed happiness at Indian women winning a medal and said it was a tough match in which Saina pulled off a fine win and Sindhu played her heart out and still lost. “I thought we could have pulled it off if Sindhu had won her match. I was also happy with the way Pradnya and Sikki played in the doubles. We need to build our bench strength. We have the talent,” he said.

Looking ahead to the individual events that follow from September 23, the former All England men’s singles winner said it was going to be a tough challenge against the Chinese, Thais and Chinese Taipei players. “Saina is our best bet, Sindhu is also there. If we can pull off one good win we can be among the medals,” he said. Gopichand also said that Pradnya and Sikki will be fielded in the women’s doubles.