Sharath Kamal had showcased his vintage form in the singles, before losing in the semi-final and the third-place finish match to Liam Pitchford in Glasgow. 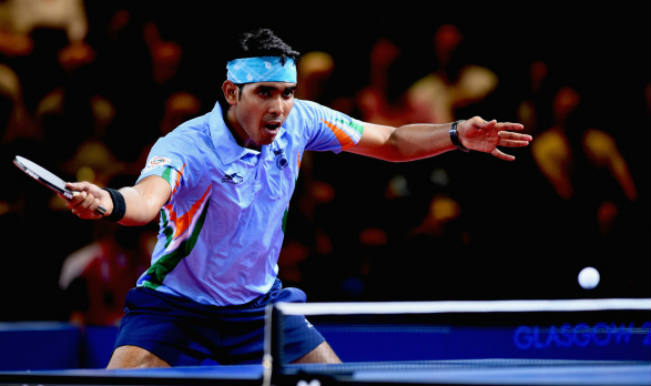 Incheon, Sep 18: For Indian table tennis, Asian-level tournaments have never been easy and, going by the past records, the current form of the players and the level of competition they will face at the upcoming Asian Games starting here Friday, things will not be any different this time as well. Also Read - COVID-19: With Spike of Over 96,000 Cases, India's Tally Crosses 52-Lakh Mark, Deaths Near 85K

Indian paddlers had managed to win only a single medal at the Commonwealth Games 2014 and here in Incheon they must lift their game by several notches. Veteran Achanta Sharath Kamal had partnered with Antony Amalraj to a silver medal win amid a considerably poor show by the Indians, who had won five medals in the 2010 Commonwealth Games in Delhi. Also Read - Trump Identifies India, 20 Other Nations As Major Drug Transit Or Major Illicit Drug-Producing Countries

Sharath Kamal had showcased his vintage form in the singles, before losing in the semi-final and the third-place finish match to Liam Pitchford in Glasgow. This time again, India will pin their hopes on the 32-year old Chennai lad who continues to be country’s numero uno star in the discipline. Along with Sharath Kamal, Amalraj, Soumyajit Ghosh, Harmeet Desai and Harmeet Desai will also ply their trades in the singles and they are responsible for the men’s team’s show.

In the 2010 Asian Games, World No.40 Sharath Kamal and Amalraj had reached the quarter-finals in the singles competitions and the men’s team had also qualified till the round of eight.

But what is a cause of concern is the inconsistency shown by the youngsters – Ghosh, Desai and Harmeet. Considering that China dominate the sport at the world stage, most of its top stars are expected to vie for the honours at the Games, taking the overall competition to a higher level and thereby making it stiffer for Indian paddlers.

Similarly, Indian women’s – Ankita Das, Madhurika Patkar, Poulomi Ghatak, Manika Batra and Neha Aggarwal will also be having a difficult time as they look to impress head coach Peter Engel, who will part ways with the Indian team after the Asian Games.