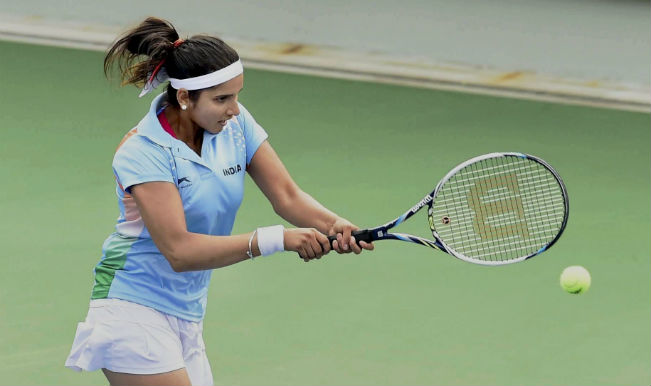 In men’s singles, fourth seed Bhambri won bronze losing his last-four match to fifth seeded Japanese Yoshihito Nishioka 6-3, 2-6, 1-6 in an hour and 44 minutes. The Indian started the match on a positive note, winning the first set 6-3 as the Japanese struggled to find rhythm.

Nishioka, however, upped his game in the second to win 6-2 and snatched momentum from the Indian. From there on, the Japanese completely dominated and outplayed Bhambri, winning the third set 1-6 in just 30 minutes.

In women’s doubles, Sania and Prarthana settled for bronze after losing the semi-final 6-7 (1-7), 6-2, 4-10 in a super tie-breaker to Chinese Taipei’s Wei Chin Chan and Wei Su Hsieh. After going down narrowly in the first set, the Indian pair fought back to square the contest, clinching the second set 6-2 but went off-the boil in the super tie-breaker.

Earlier in the day, the second Indian men’s doubles pair of Sanam, double Asian Games gold medallist, and Myneni overcome top-seeded Thai team of Sanchai and Sonchat Ratiwatana 4-6, 6-3, 10-6 to reach the final. The fifth seeded team won in an hour and three minutes via a super tie-breaker. The Indian pair were broken once and lost the first set 4-6 in 26 minutes but fought back valiantly to take the second set 6-3 in 27 minutes.

In a tense tie-breaker, the Indian team held their nerves and beat the higher-ranked Thai pair 10-6 to move into the final. They take on eighth seeded South Korean pair of Yongkyu Lim and Hyeon Chung in the title round Monday.

Later in mixed doubles, the second seeded pair of Sania and Myneni won their semi-final match 6-1, 6-3 against the fourth seeded Chinese pair of Jie Zheng and Ze Zhang. They face top-seeded Chinese Taipei’s pair of Hsien Yin Peng and Hao Ching Chan in the final Monday.