India are assured of at least five more bronze medals from the 17th Asian Games after the tennis players put up an impressive display to reach the semifinals of five events at the Yeorumul Tennis Courts, here today. 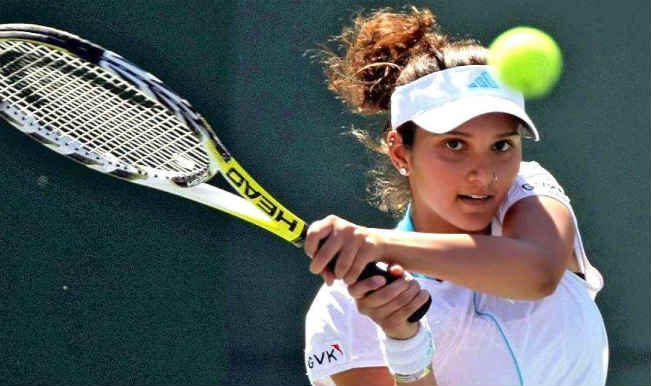 Incheon, Sep 27: India are assured of at least five more bronze medals from the 17th Asian Games after the tennis players put up an impressive display to reach the semifinals of five events at the Yeorumul Tennis Courts, here today. While Yuki Bhambri made it to the semifinals of the men’s singles event, India’s doubles pair of Saketh Myneni and Sanam Singh, Yuki and Divij Sharan, women’s doubles pair of Sania Mirza and Prarthana Thombare and lone mixed doubles pair of Sania and Saketh have all entered the last four rounds in their respective events. Also Read - US Open 2020 Results: Dominic Thiem Beats Daniil Medvedev in Straight Sets to Set up Title Clash Against Alexander Zverev

The only blot for India in an otherwise splendid day was the ouster of Sanam Singh from men’s singles quarterfinals. Starting the proceedings for India, Sanam put up a brave fight before going down 7-6 (3) 6-4 to Yen Hsun Lu of Chinese Taipei in his quarterfinal match that lasted an hour and 38 minutes. Catch the Live Updates of Day 8 of Asian Games 2014, Incheon here Also Read - Tennis: Sumit Nagal Goes Down Fighting Against Stanislas Wawrinka in Prague Open Quarterfinals

But Yuki brought the smiles back on the Indian camp by thrashing Thailand’s Danai Udomchoke 6-3 6-2 in one hour 15 minutes to seal his semifinal spot, where he will face Yoshihito Nishioka of Japan tomorrow. Then Sania and Prarthana took the courts and toiled hard for one hour 25 minutes to get the better of Thai pair Peangtarn Plipuech and Nicha Lertpitaksinchai 6-1 7-6 (4) and set up a semifinal duel with Chinese Taipei’s Chin Wei Chan and Su Wei Hsieh.

Both the men’s doubles teams then carried on the good work and made it to the semifinals with straight sets win over their respective rivals. While the pair of Saketh and Sanam beat Chinese Taipei combination of Ti Chen and Hsien Yin Peng 6-2 7-6 (10) in one hour 27 minutes in the quarterfinals, Yuki and Divij had to sweat it out to eke out a 7-5 7-6 (1) win over another Chinese Taipei duo of Yeu Tzuoo Wang and Hsin Han Lee in a last eight encounter.

Saketh and Sanam, however, have a tough task at hand in the next round as they take on Thai brothers Sanchai Ratiwatana and Sonchat Ratiwatana, while Yuki and Divij will be up agaisnt local favourite Yongkyu Lim and Hyeon Chung. Later in the day, the mixed doubles pair of Sania and Saketh too sealed their semifinal spot with a straight set victory over Korean duo of Nalae Han and Cheongeui Kim.

Sania and Saketh took one hour and 16 minutes to prevail over the Korean pair 6-3 7-6 (4) in their quarterfinal duel. All the semifinal encounters will be played tomorrow with the finals slated for September 29 and 30.