Bhambri, the highest seeded Indian in Incheon, eased to a 6-3, 6-3 straight-set win over 13th seed, Christopher Benjamin Rungkat of Indonesia. 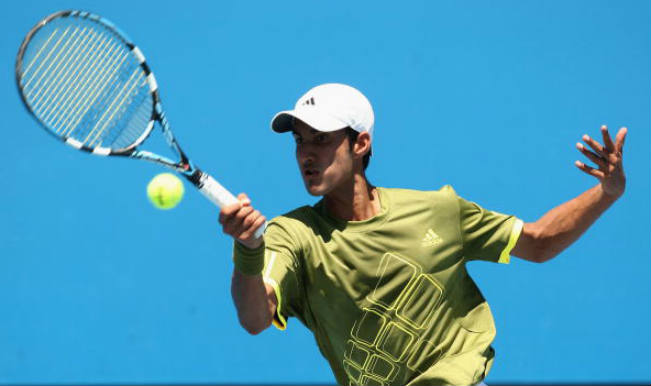 Incheon, Sep 26: India’s Yuki Bhambri and Sanam Singh reached the men’s singles quarterfinals while compatriot Ankita Raina was ousted in the pre-quarterfinals of the women’s singles tennis competition at the 17th Asian Games here Friday. Bhambri, the highest seeded Indian in Incheon, eased to a 6-3, 6-3 straight-set win over 13th seed, Christopher Benjamin Rungkat of Indonesia in an hour and 30 minutes in the third round match at the Yeorumul Tennis Courts. Also Read - Ladakh Standoff: India, China Hold Sixth Round of Corps Commander-Level Talks at Moldo

The fourth seeded Indian took the first set in 40 minutes and registered a similar scoreline win in the second, taking eight minutes more. Bhambri will face the winner of the pre-quarters match between seventh seeded Chinese Ze Zhang and ninth seed Danai Udomchoke of Thailand. Catch the Live Updates of Day 7 of Asian Games 2014, Incheon here Also Read - Schools Reopening From Monday: What is Partial Resumption? Is There Any Compulsion to Attend Classes? FAQs Answered

Meanwhile, Ankita’s participation in the Incheon Games came to an end after she lost 2-6, 6-4, 6-1 to seventh seed Eri Hozumi of Japan in an hour and 55 minutes in their women’s pre-quarters match. The 12th seeded Indian started off slowly and was made to pay dearly as the Japanese wrapped up the first set 6-2 in just 29 minutes.

Ankita came back strongly to win level the match with a 6-4 second sets win in 32 minutes to send the tie to the decider. In the final set, Ankita battled hard but Hozumi was clinical finishing the set 6-1 in 40 minutes.

Earlier, Sanam Singh, staged a remarkable comeback to beat sixth seeded South Korean Hyeon Chung 7-5, 6-1 in an hour and 24 minutes in their third round match. In a gruelling first set, Sanam trailed Hyeon, who is ranked more than 200 places above the Indian in the ATP rankings, 1-4 but fought back brilliantly to take the first set 7-5 in 54 minutes.

Sanam carried forward that momentum into the second giving his South Korean opponent no chance to find any rhythm. The Indian breezed past Hyeon 6-1 in just 29 minutes to seal his berth in the next round. Sanam could possibly face top seed Yen-Hsun Lu in the quarters provided the Chinese Taipei player wins his third round match.