The Indian Weightlifting Federation (IWF) has named seven medallists from the Glasgow CWG in the ten-member squad and they are expected to mount a serious challenge for medals. 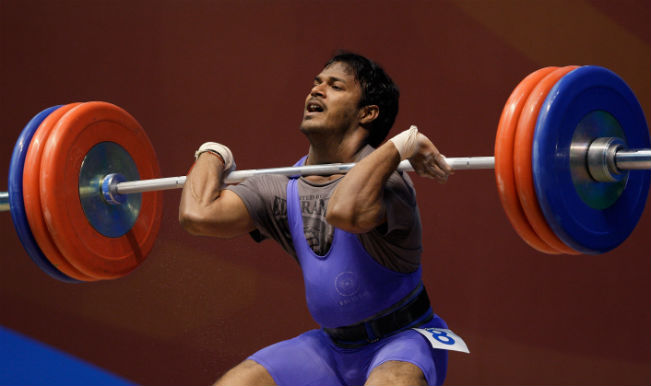 New Delhi, Sep 18: Having raised the country’s expectations after winning 12 ‘clean’ medals in the recently concluded Glasgow Commonwealth Games (CWG), the Indian weightlifting contingent will be eyeing more glory in the 17th Asian Games starting Friday in the South Korean city of Incheon. Also Read - International Flights: Now Indians Can Fly to Japan, UK, Canada And 10 Other Countries | Who is Allowed & Who is Not? Read Detailed SOPs

The Indian Weightlifting Federation (IWF) has named seven medallists from the Glasgow CWG in the ten-member squad and they are expected to mount a serious challenge for medals. The IWF will be hoping that the weightlifters, having dis-associated themselves from the ugly spectre of doping, will build on their new-found image to be in the headlines for the right reasons. Also Read - India's COVID-19 Tally Nears 55 Lakh-mark, Deaths Stand at 87,882 | Key Points

Indian weightlifting has been dogged by rampant doping scandals in the past but no positive tests were reported during the Glasgow Games and India emerged as the top nation in the event. Indian weightlifting hit a nadir in 2006 when a 12-month ban was imposed on the national federation after four athletes tested positive within a year, forcing them to miss the Doha Asiad. But since then there has been a steady improvement in performance with eight medals won in 2010 CWG in Delhi.

Though optimism is ripe within the Indian ranks, IWF is aware that the squad will face a much tougher challenge at Incheon. For the record, India has never won a weightlifting gold medal at the Asian Games. The squad of five men and five women heading for Incheon, where competition begins Saturday, includes nine who competed in Glasgow and all three gold medallists: Sathish Sivalingam (men’s 77kg), Sukhen Dey (men’s 56kg) and Sanjita Khumukchan (women’s 48kg). K. Ravi Kumar (men’s 77kg), Vikas Thakur (men’s 85kg) and Saikhom Mirabai Chanu (women’s 48kg) won silver. Punam Yadav settled for bronze in the women’s 63kg.

These lifters will be expected to put up an improved performence for medals. Kavita Devi (85kg) is the lone lifter who wasn’t part of the Glasgow squad. India will face tough competition from the weightlifting powerhouses of China, Iran and Kazakhstan as well as hosts South Korea. But it is a challenge they face with optimism after getting rid of the doping reputation.

With the Asian Games coming close on the heels of the Commonwealth Games, no separate trials were conducted to select the athletes and the squad was selected on the basis of the trials that were conducted June 3. Back-to-back major events may take a toll on the participants but it is a pain Indian weightlifters are willing to take with a smile having successfully removed the tag of ‘dope cheats’.