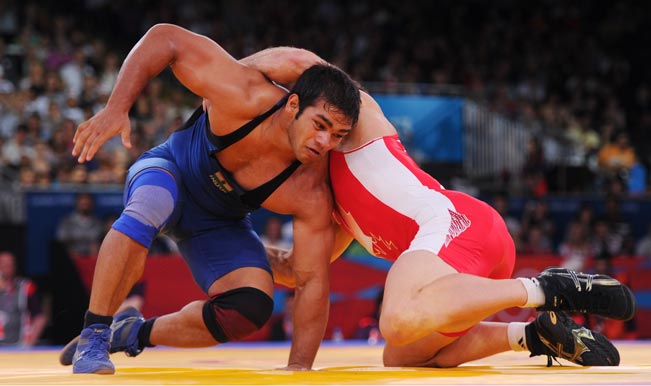 Incheon, Sep 29: Bajrang Kumar accounted for a silver and Narsingh Pancham Yadav won a bronze today to cap off India’s freestyle wrestling competition on a high with the country earning five medals from the mat, including a gold in the 17th Asian Games. Bajrang lost 1-3 to Massoud Mahmoud of Iran in the finals of men’s 61kg category to settle for a silver while Narsingh got the better of Daisuke Shimada of Japan 3-1 in the men’s 74kg division to finish third on the podium at the Dowon Gymnasium here. Also Read - India's COVID Tally Surpasses 53 Lakh-mark, Deaths Stand at 85,619; 5 Worst-hit States Report High Level of Recoveries | Key Points

Pawan Kumar though went down fighting in his repechage bout in 86kg division to crash out of the event. In the final bout where fortunes ebbed and flowed, the Iranian grabbed the first two points to lead 2-0 at interval. Bajrang soon made it 2-2 by pinning his opponent down in the beginning of the second half. Massoud once again surged ahead but Narsingh quickly levelled it 4-4 with just 35 seconds to go for the bout. Also Read - Schools Reopening From Monday | What Back to Classes Might Look Like Amid Pandemic

The Indian, however, failed to capitalise on the advantage even as the Iranian held on to his nerves to earn two more points in the dying seconds of the match to grab the yellow metal. Narsingh, who has been selected in the absence of two-time Olympic medallist Sushil Kumar in 74kg freestyle, prevailed over his stronger Japanese opponent in a hard-fought contest.

Although Narsingh earned the first point, soon the Japanese made it 3-1. The Indian grappler kept coming back from behind throughout the fight. Down 5-7, he came from behind to first level the scores and then earn two more points to have the last laugh. Earlier, on the way to the finals, Bajrang had beaten Tumenbileg Tuvshintulga of Mongolia 3-1 in the Round of 16 before registering victory by technical superiority 4-1 over Tajikistan’s Farkhodi Usmonzoda in the quarters.

The semifinal bout against Japan’s Noriyuki Takatsuka turned out to be a neck-to-neck battle. There was little to separate between the two other than the fact that the Japanese was a bit quicker on his feet. The Japanese managed to pick up the first two points and, at the end of first round, was leading 2-0. 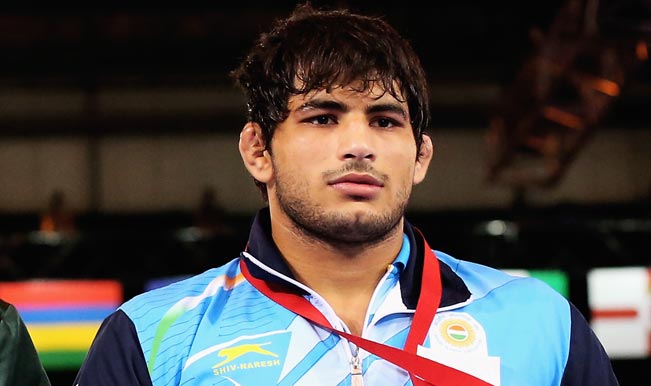 Bajrang, however, fought back in the second round and made a strong comeback to level the scores 2-2. He scored the last point in the bout to finally wrap it up 3-1 (classification point) to enter the final. Narsingh and Pawan did not have a great start but they could made it to the repechage round.

Pawan had earlier won his Round of 16 against Nepal’s Sumir Kumar Sah by Great Superiority but went down to Meisam Mostafajoukar in the quarterfinals after he was completely outplayed 0-4 by the Iranian wrestler.