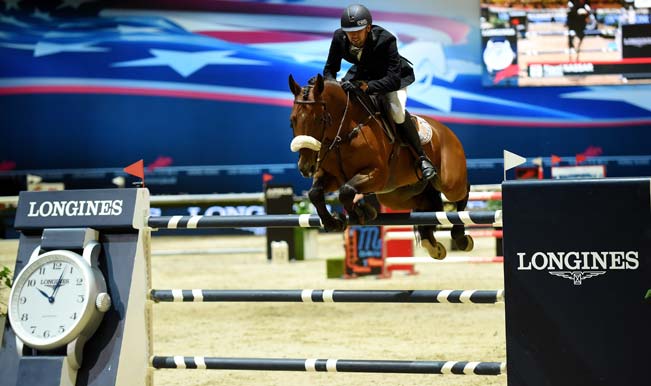 Incheon, Sep 28: India’s Yashaan Zubin Khambatta, riding a horse named Olgy, qualified for the Equestrian Jumping Individual Final Round on the ninth day of the 17th Asian Games here today. In an event that tests the ability of horse and rider to jump fences without knocking them down, Khambatta committed a total of 29 penalties to manage a 35th place finish at the Dream Park here. Also Read - Ladakh Standoff: 13 Hours of Marathon Talks Between India, China Fail to Bring Any Breakthrough, Claim Reports

The 25-year-old Indian added eight and one penalty in jump and time respectively to finish 32nd in the Jumping Individual first qualifier. He failed to bring home a better performance in the second qualifier as he further added 16 and four faults in jump and time respectively to end at the 35th place. Also Read - International Flights: Now Indians Can Fly to Japan, UK, Canada And 10 Other Countries | Who is Allowed & Who is Not? Read Detailed SOPs

Other Indians in the fray, Sehaj Virk and Ashray Butta could not produce a good show as India crashed out in the Jumping Team Round 1. India have won 10 medals, including three golds, in Equestrian event ever since its entry in the Asian Games at the Delhi Games in 1982. Also Read - India's COVID-19 Tally Nears 55 Lakh-mark, Deaths Stand at 87,882 | Key Points