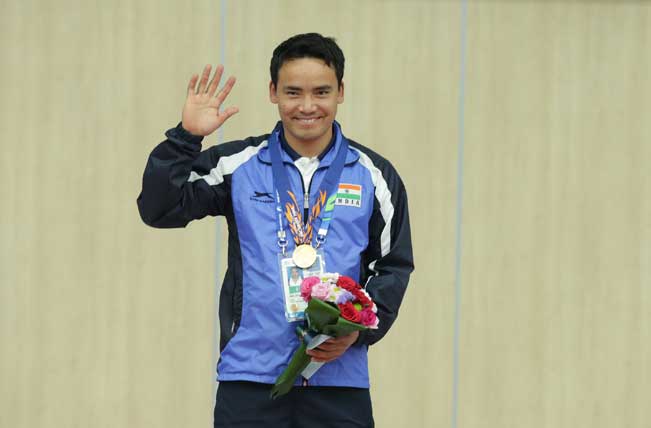 Incheon, Sep 21: Jitu Rai Sunday spearheaded India’s 10-metre air pistol team to clinch the bronze medal in the 17th Asian Games but missed out on an individual medal, finishing fifth, at the Ongnyeon International Shooting Range here. Trap shooting exponents Manavjit Singh Sandhu, Mansher Singh and Kynan Chenai turned in a disappointing show as none of them could qualify for the final round with the team finishing sixth at the Gyeonggido Shooting Range. Also Read - International Flights: Now Indians Can Fly to Japan, UK, Canada And 10 Other Countries | Who is Allowed & Who is Not? Read Detailed SOPs

A day after winning the gold medal in the 50-metre pistol event, Rai continued his inspiring form to lead the men’s team, also comprising Samresh Jung and Prakash Nanjappa, to give India its second bronze from the sport. Both India and China were tied on 1,743 points but China clinched the silver on account of an extra x. The Chinese team had 65x to India’s 64x. Rai, who won the 50m gold Saturday, shot 585, Jung 580 and Nanjappa 578. Also Read - India's COVID-19 Tally Nears 55 Lakh-mark, Deaths Stand at 87,882 | Key Points

The Indian team finished sixth with a score of 341 in the team event, where the gold was clinched by China with a total score of 357. Kuwait took the silver with a score of 354 and South Korea settled for the bronze with a score of 345. The three medals that Indians have won till now are all from shooting. Shweta Chaudhry won the bronze in the women’s 10m air pistol event Saturday to open India’s medal count and shortly after Rai gave the country the first gold medal from the Incheon Games.