In the ISSF World Championships, he has won three gold medals and three bronze medals He later won the Padma Shri and Rajiv Gandhi Khel Ratna in 2010. 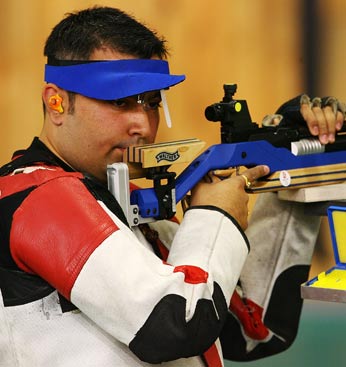 Gagan Narang, born on May 6, 1983, is an Indian shooter. Raised in Chennai, he started shooting at the age of six, when he would shoot balloons in Marina Beach festivals. His prowess grew in later years as he went on to become a professional shooter. Also Read - I Regret Becoming a Cyclist, All I Now Want is my Old Life Back: Swaran Singh

Narang, an eight-time Gold medalist at the Commonwealth Games, won Bronze medal in the recently concluded Commonwealth Games at Glasgow. In his third Asian Games, Gagan Narang will be aiming for his first Gold medal. After winning two-bronze medals in the 2006 Asian Games at Doha, he went one better at Guangzhou by claiming two silver medals. Also Read - Living in Abject Poverty, Former India Cyclist Working Night Shift As Security Guard With Daughter Battling TB

In the ISSF World Championships, he has won three gold medals and three bronze medals He later won the Padma Shri and Rajiv Gandhi Khel Ratna in 2010.

However, his biggest moment of glory at the world stage was in the 2012 London Olympics where he won Gold in the 10 metres rifle shooting. In an event, where former gold medalist and countryman Abhinav Bindra was participating, not too many eyes were on Narang. However, this year, he will be seen as one of India’s key medal prospects.