Hockey at the Asian Games 2014 in Incheon will be played in four quarters of 15 minutes each. 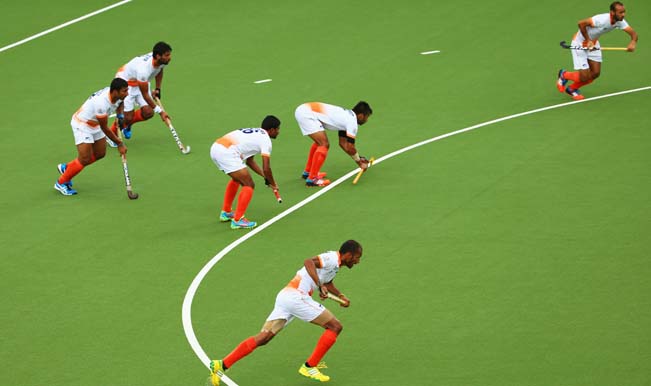 Incheon, Sep 16: With new rules set to be introduced in the upcoming Asian Games, India’s vice captain P R Sreejesh feels the change in format will work in their favour in Incheon as they have hands-on experience of playing a game of four quarters, courtesy Hockey India League. Also Read - I Regret Becoming a Cyclist, All I Now Want is my Old Life Back: Swaran Singh

To make the game more fast-paced and exciting, the International Hockey Federation (FIH) is set to transform the game from a 70-minute affair that was divided into two halves, to four quarters with a total playing time of 60 minutes in the Incheon Games to be held from September 19 to October 4.  And Sreejesh gave a thumbs-up to the new format. Also Read - Living in Abject Poverty, Former India Cyclist Working Night Shift As Security Guard With Daughter Battling TB

“The new format of the game is actually going to act as an added advantage for us in the field. It will not affect us as we already have experience of playing in four quarters in the Hockey India League,” Sreejesh said ahead of Indian men’s opening game against Sri Lanka on September 21. “It will not only make the game much faster, but will also offer time to the players to re-energise during every quarter,” India’s ace goalkeeper added.

Elaborating on the team’s preparation for the continental extravaganza, Sreejesh said: “The practice sessions have picked up pace and the whole team is training really hard to be ready to take on every challenge that is coming our way.” He was of the view that with his electric pace down the flanks and incisive runs, striker S V Sunil will pose a serious threat to India’s opponents in the Games.

Meanwhile, young Manpreet Singh, who was recently adjudged as Asia’s Junior Men Player of the Year, credited skipper Sardar Singh for his transformation into a relaible midfield player.

“The midfield position is a very important place as we have to keep the speed intact and ensure that we support both the defence as well as the forwards. Personally if I am successful as a midfielder today, it is because of Sardar Singh. He plays a pivotal role in the team as well as in the midfield position. He is the inspiration for Danish (Mujtaba), Dharamvir (Singh), Chinglensana (Singh) and myself,” Manpreet said.