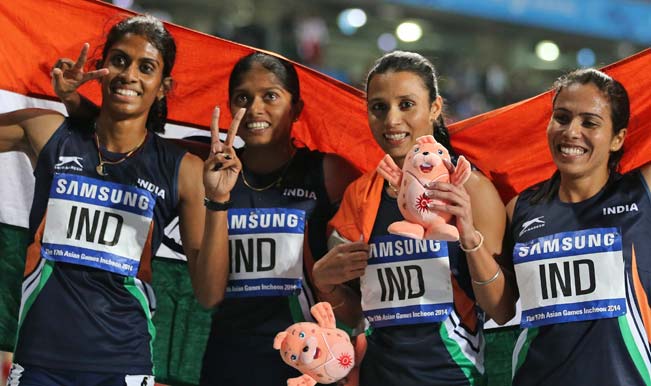 Earlier on Wednesday, Tintu Lukka continued to brighten up the day for the Indian female athletes as she won the silver medal in Women’s 800m at the Incheon Asiad Main Stadium. She was going great to win the gold medal before being outrun by Kazakhstan’s Margarita Mukasheva in the last 50m. Nevertheless, it was great outing by the 25-year-old to finish second in the race while her compatriot Sushma Devi finished at the fourth position. The bronze medal went to China’s Jing Zhao. Also Read - Coronavirus India Update: Tally Crosses 19-lakh Mark With 52509 Infections Within 24 Hours, Recovery Rate Rises to Over 67%

Also, it was the second medal at the Asiad for Poovamma Raju Machettira as she had won the bronze medal in the women’s 400 m race.

Just minutes before the Indian women bagged the gold, the men’s Hockey team beat Pakistan in penalty shoot-outs to win a gold medal in Asian Games after 16 long years. With a 4-2 win in the penalty shoot-outs India also secured their qualification in the 2016 Rio Olympics. The game ended 1-1 after four quarters with both sides displaying and exciting and fast-paced hockey. Despite a couple of controversial decisions in the shoot-out going against India, they managed to seal an easy win. Indian goalkeeper Prajeesh excelled against Pakistan’s attackers.
See Asian Games 2014 Medal Table: Complete Medal Tally of 17th Incheon Asian Games