The first medal in rowing was won by Dushiant Dushyant who won the bronze medal in Lightweight Men’s Single Sculls on Wednesday. 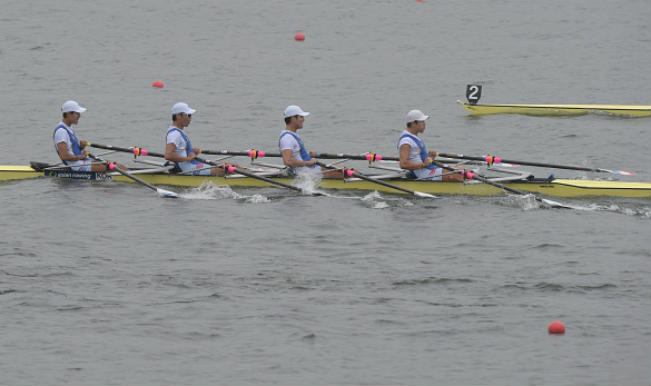 It is the rowing team that has contributed to India’s medal tally on Day 6 of Asian Games with 2nd bronze medal. Indian rowers finished behind Japan and China who the silver and gold medal respectively. The Indian team comprising of Kapil Sharma, Ranjit Singh, Bajrang Lal Takhar, Robin Panachithanathu Ulahannan, Sawan Kumar Kalkal,  Mohammad Azad,  Maninder Singh, Davinder Singh and Mohammed Ahmed, was pipped out of the silver medal contention with the slightest difference in time, with India finishing the race in 5:51.84 time and Japan taking the second spot courtesy a better time record of 5:50.04. China clocked a time of 5:46.70 to win their fifth gold medal of the day in rowing at the Chungju Tangeum Lake Rowing Center. Catch the Live Updates of Day 6 of Asian Games 2014, Incheon here Also Read - Schools Reopening From Monday: What is Partial Resumption? Is There Any Compulsion to Attend Classes? FAQs Answered