Identifying Rai's consistency as his strong point, Raninder said his performance is an inspiration for his teammates and hopes that the Commonwealth Games gold medallist will earn more laurels for the country. 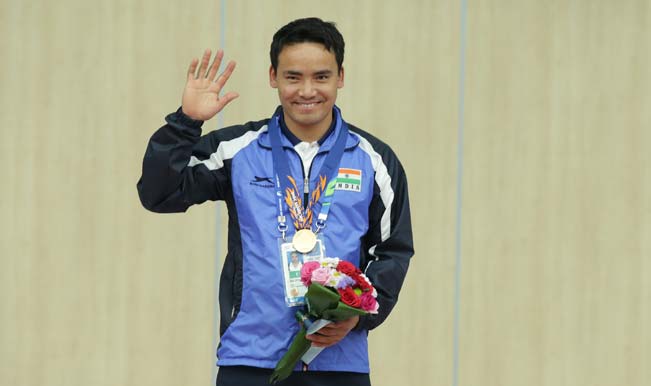 Identifying Rai’s consistency as his strong point, Raninder said his performance is an inspiration for his teammates and hopes that the Commonwealth Games gold medallist will earn more laurels for the country. “It’s a great feeling to see Jitu Rai do it again. His consistency and hunger for more has helped him outclass the field very often. Jitu has earned the rare distinction in international shooting — for a single athlete to earn a medal for his country in every competition he has participated in this calendar year,” Raninder said in a statement. Also Read - 16 Countries Provide Visa-Free Entry to Indian Passport Holders: Govt Tells Rajya Sabha

“He is truly a phenomenon and inspiration to our country and his team mates. We hope that he earns many more laurels for us in the days to come,” added Raninder, who is in Granada, Spain, with the Indian team which is participating at the World Shooting Championships. Raninder also praised Shweta, who also had won the women’s 10m air pistol silver at the 2006 Doha Games, for bagging her second Asiad medal in South Korea. Also Read - Ladakh Standoff: 13 Hours of Marathon Talks Between India, China Fail to Bring Any Breakthrough, Claim Reports

“Shweta’s bronze in the 10m Air Pistol category has once again proven that the Indian shooting squad has a strong bench and we are in Incheon to win medals. Shweta has performed brilliantly and kept the national flag flying high,” said Raninder. “We hope that Shweta and Jitu form to be the stepping stone for many more medals in the Asian Games this year and it helps to uplift the confidence level of the Indian contingent.”