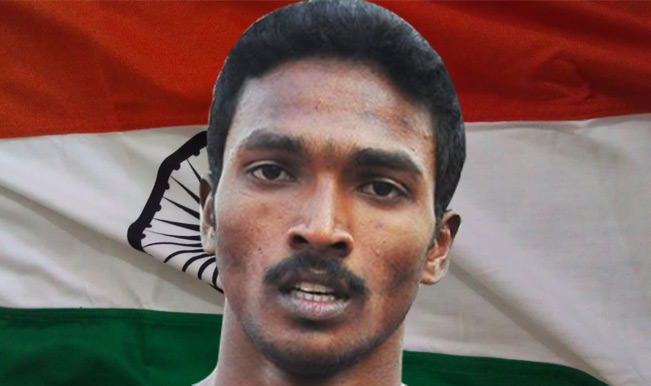 Rajiv Arokia  won bronze medal for India in the men’s 400m to become the latest medal winner for India in the 17th Incheon Asian Games after he won bronze medal in the men’s 400m race on Sunday. The 26-year old became the 34th medallist and 24 bronze winner for Indian in Asian Games 2014. Rajiv Arokia had rose to fame after his gold medal in the Asian Grand Prix in 2009 Also Read - International Flights: Now Indians Can Fly to Japan, UK, Canada And 10 Other Countries | Who is Allowed & Who is Not? Read Detailed SOPs

Earlier in the day, India’s hopes of getting a medal upgrade in the women’s 3000m steeplechase were dashed today after Bahrain’s Ruth Jebet was reinstated as the gold-winner following a review, a decision which the Indian contingent plans to challenge in front of “higher authorities”. The 17-year-old Kenya-born Jebet was reinstated a day after being led away in tears from the medal ceremony where it had been announced that she stood disqualified for stepping inside the track on her second last lap due to a stumble.

Her disqualification, had it stayed, would have given the Indian medal tally a boost as bronze-winner Lalita Babar and fourth-placed Sudha Singh would have been upgraded. India also stepped up its rankings in medals tally after Commonwealth Games winner Yogeshwar Dutt won gold in Men’s Freestyle 65 kg at Asian Games as well.