Ghosals win compensated for the straight game defeat suffered by Indias no. 1 women s player Dipika Pallikal against world no. 1 Nicol David of Malaysia in the womens semi final. 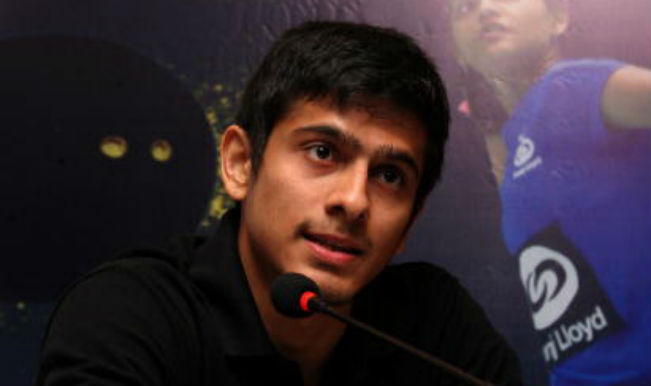 Incheon, Sep 22 :  Saurav Ghosal today created squash history by ensuring at least the silver medal, the first-ever Asian Games medal outside of bronze won by an Indian in the racquet sport, by cruising into the semi finals of the Incheon edition here today. Putting up a clinical performance against two-time former Games champion and top-10 player Ong Beng Hee of Malaysia, the Kolkata-born Ghosal surged to a commanding 11-9 11-4 11-5 semi final victory in 45 minutes to make the men?s final at the Yeorumal squash courts. Also Read - Modi Addresses UNGA: From COVID Vaccine, 'AatmaNirbhar Bharat' Vision to Terrorism, UN Reform | Highlights From Today's Speech

The 28-year-old Ghosal thus avenged his defeat against the wily Malaysian in the 2006 Asian Games at Qatar where Beng Hee went on to win the gold and defend the crown he won for the first time in 2002 at Busan. “I have not played him much on the PSA circuit but had beaten him only once in the team event and he had beaten me 3-1 in the semi finals at Doha,” said Ghosal after he produced some top drawer squash to keep his opponent pegged on the back foot for most duration of the contest. Also Read - India's COVID-19 Tally Surpasses 59 Lakh-mark, Deaths Stand at 93,379; Recovery Rate Reaches 82% | Key Points

Ghosal will meet Abdullah Al Muzayen, the world no. 46, in the gold medal contest tomorrow following the Kuwaitis 3-2 (6-11, 11-8, 4-11, 11-6, 11-8) win in the other semi final against Max Lee of Hong Kong. The Indian led 6-1 in the opening game before his 34-year-old opponent bridged the gap. Ghosal managed to keep his cool and captured it. Thereafter the Indian world no. 16 was in total command with his excellently executed backhand drops and use of the side courts as the 35th-ranked Malaysian could not match his speed or power around the court.

In the second game, the Indian was 8-4 up with some superb play and then won it without conceding another point. The script went on similar lines in the decider too as Ghosal jumped to an 8-4 lead before the Malaysian won a point. But the Indian snatched back the initiative and then killed the contest with a forehand winner.

Ghosals win compensated for the straight game defeat suffered by Indias no. 1 women s player Dipika Pallikal against world no. 1 Nicol David of Malaysia in the womens semi final.