Saurav Ghosal clinched the silver in Squash at the 2014 Asian Games held in Incheon, South Korea. 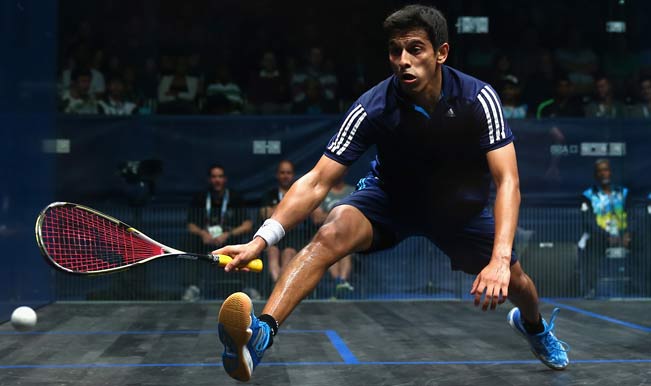 Chennai, Sep 24: The Tamil Nadu government today announced a cash award of Rs 30 lakh for squash player Saurav Ghosal for winning a silver medal in the ongoing Incheon Asian Games in South Korea.  Chief Minister J Jayalalithaa praised the Asia No.1 for his feat, saying she was happy to note that this was his fourth medal in Asian Games outings. Also Read - School Reopening News: These States to Resume Normal Classes From Next Month | Complete SOPs Here

“I wish to convey my heartiest congratulations on behalf of the people of Tamil Nadu on this magnificent achievement. As announced by me in December, 2011, the financial reward for sports-persons winning a silver medal at the Asian Games has been enhanced to Rs 30 lakh. You will receive this cash incentive from the State Government of Tamil Nadu,” she said. In a congratulatory message to Ghosal, she greeted him and all others who had contributed to his success and hoped he would bring many more laurels to the country and Tamil Nadu in future. Also Read - TNEA Rank List 2020 Release Date And Time Announced | Know Details Here

Ghosal relinquished a 2-0 advantage against Abdullah Al Muzayen of Kuwait in a marathon five-set thriller, 12-10, 11-2, 12-14, 8-11, 9-11 to settle for 2nd place. Nevertheless, the 28-year-old created a history in squash by landing the silver medal at the Asian Games and becoming the only  Indian to reach the finals. He had trumped Malaysia’s Ong Beng Hee, two-time former champion, 11-9 11-4 11-5 in the semi-final in 45 minutes at the Yeorumal squash courts.