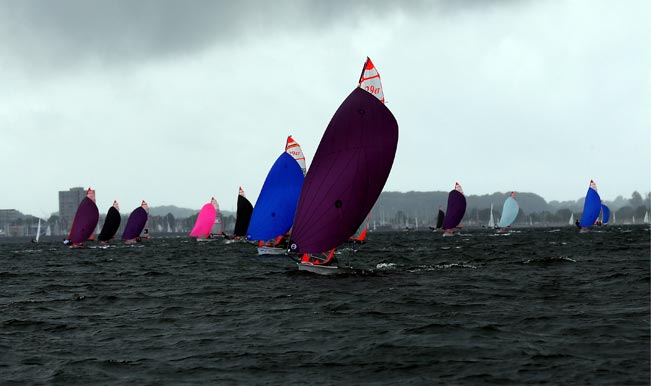 In what can be relatively termed as a shocker, Varsha Gautham and Aishwarya Nedunchezhiyan have brought home a medal for India in Sailing in the Women’s 29er event at the 17th Asian Games in Incheon on Tuesday. The pair finished third behind Poonpat Noppakao and Waiwai Nichapa of Thailand and Rui Xi Priscilla Low and Low Rui Qi Cecilia of Singapore, who won the Gold and Silver medals respectively. Also Read - Cat Que Virus? ICMR Warns About New Virus From China That Could Spread Disease in India, Here's What It Is

Led by Varsha, the Indian contingent were leading the competition, comprising of participants from six different countries, at the early stages winning the first three races on the trot. However, they fizzled out in the following races and also were handed nine penalty points for discarding the sixth race. The event was called off on Monday due to incessant rains and scheduled to continue today. The duo were fourth at the beginning of the race but climbed ahead to clinch the third place.

In other categories of the same sport, Nethra Kumanan ended seventh out of eight sailors in the women’s one person dinghy in Laser Radial class and Ramya Saravanan also managed a similar position in the Optimist class. In the Optimist Men’s One Person Dinghy, Chitresh Tatha ended sixth with 63 points.