Vikas Gowda nearly missed the gold and settled for India’s eighth silver as finished behind Ehsan Hadadi of Iran in discus throw at the 17th Asian Games in Incheon on Tuesday. Gowda finished with 62.58 to Hadidi’s 65.11. 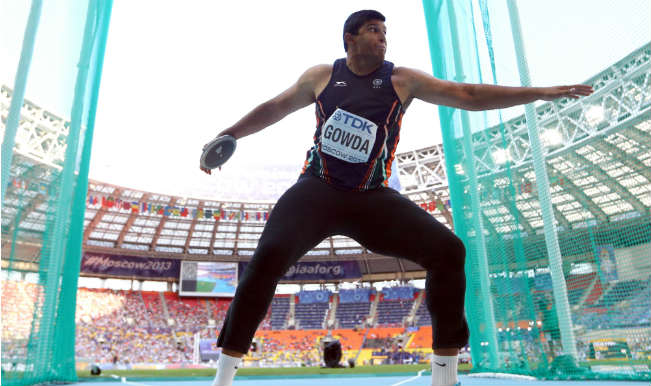 Vikas Gowda was India’s brightest hope of landing the gold medal in men’s Discuss Throw, especially after his achievements at the 2014 Commonwealth Games in Glasgow. He had clinched the highest prize with a powerful effort by flinging the Disc to 63.64 metres, beating Cyprus’Apostolos Parellis by a narrow 0.32 metres. Also Read - COVID-19: With Spike of Over 92,000 Cases, India's Tally Surpasses 54 Lakh-mark; Recovery Rate Nears 80% | Key Points

Incheon has been lucky in the past for the Mysore born athlete as he had clinched the silver medal at the Asian Championships back in 2005. The 31-year-old’s first achievement at the Asian Games took place four years ago at Guangzhou, where he stood third, a staggering 4.86 metres behind the winner Ehsan Haddadi, who set a new record at the event with by landing the disc at 67.99 metres.