After more than a year of tedious planning, Shake Dance Tour is set to kick off this weekend in the Bay Area. 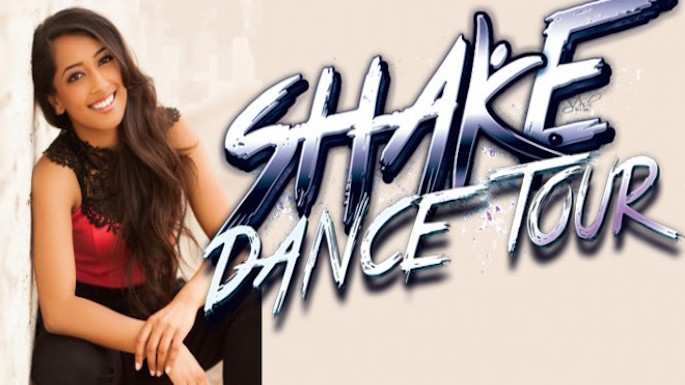 After more than a year of tedious planning, Shake Dance Tour is set to kick off this weekend in the Bay Area. From December 6-7, tour director and lifelong dancer-choreographer Joya Kazi, 26, will be joined by a celebrity faculty to present an unprecedented dance convention unlike any other. Also Read - Flood Dance! People in Karnataka Dance on Waterlogged Highway

For two days, dance lovers of all ages and experience levels — from newbies to professionals and everyone in between — will have the opportunity to participate in more than 40 workshops, emphasizing international dance education. Attendees will get hands-on training in popular dance styles like contemporary, ballet, modern and hip-hop, as well as, learn techniques behind world dance forms such as Bollywood, Brazilian Samba, belly dance, hula and classical Chinese. It’s just like dance school — taken up 10 notches.

“This is not only a platform for the artists and the competitors, but it’s a way for the audiences to see what’s out there, and hopefully it really gives a big growth spurt to dance education,” Kazi said.

The teachers are a star-studded group of dancers and choreographers. Kazi meticulously curated each member’s unrivaled experience in his or her respective specialty. Among the 13-person team is well known Hollywood choreographer and judge of the highly popular “So You Think You Can Dance” and “America’s Best Dance Crew,” Shane Sparks, who Kazi said was thrilled to have an opportunity to give back in such a unique way.

“I wanted to have a really diverse panel of artists that come from all different entertainment genres,” Kazi said. “It was actually really surprising how positively they reacted. When we approached someone like Shane Sparks, he was so excited about it. We told him about our mission to bring dance education to smaller communities, and he was on board right away. He didn’t ask questions; he said, ‘I want to be there, I have to be there. Let me know what I can do.’”

Because the inspiration behind the Shake Dance Tour called for more than dance training, a variety of scheduled seminars covering topics like the art of teaching dance, entrepreneurship, and health and fitness will aim to provide aspiring artists the foundation and supplementary resources they need to build a successful career in dance.

Kazi, whose credits include choreographing routines for Disney, DreamWorks, the E! After Grammy Party, President Obama’s Inaugural Ball, and most recently, the Sacramento Kings dancers, was also once just an aspiring dancer from the Bay Area and can understand the value of having the the right tools to make it big.

She began training in Indian classical dance at the age of four after seeing an Odissi dancer in Michael Jackson’s “Black and White” music video.

“As a kid I thought I was going to marry Michael Jackson — I was so in love with him! I think before I was even old enough to understand the concept of having a dance career, I just knew I wanted to travel the world with Michael,” she said.

Kazi started teaching her first classes at 12. The rest, as they say, is history.

“I knew at a very young age that this is what I wanted to do, so I just really focused on it. I told my parents that it’s great to a have a backup, and I can go to law school at any point in my life, but right now is my time to pursue dance,” she said. “And if I have a Plan A and a Plan B, I’m not going to give a 100 percent to either one, so I need to pick one and make it happen.”

Though she credits unwavering focus to much of her success, Kazi said it took years of networking, jumping over hurdles and hunting down opportunities that were not readily available in her small community to get here. Heading Shake Dance Tour is her way of passing the torch to other small town dreamers just like herself.

“When I was in school, I would skip classes and fly out to New York or L.A. to take like a three-hour dance class and then fly back to school to study for midterms,” Kazi reminisced. “You know, that’s what I had to do. So I wanted to bring this back to my hometown and give my community the benefit and the leisure of not having to worry about flying out to all these places. All these artists are coming to their hometown — it’s in their backyard. Dreaming is not enough; we’re bringing this opportunity to your doorstep, so you need to go out and make it happen.”

Through this dance tour, Kazi said she hopes to inspire more dancers to take their passion for dancing to the next level.

“This is a huge opportunity, it’s just two days to go and learn at such a high level,” she said. “I think within our culture, casually dancing is a huge part of it …but when it comes to being serious about it and truly training and learning from artists who have trailblazed..I think the motivation to do that is lacking and that really hurts the younger generation who is serious about it,” she said.

The Shake Dance Tour will conclude in New York City with the Shakedown World Dance Competition USA from June 25-28, 2015, where regional winners from the previous stops will compete for various prizes including dance scholarships and contracts.