For a long time, the automotive industry was demanding cut in excise duty to spur demand. The manufacturers have been increasing the vehicle prices due to hike in their input costs. 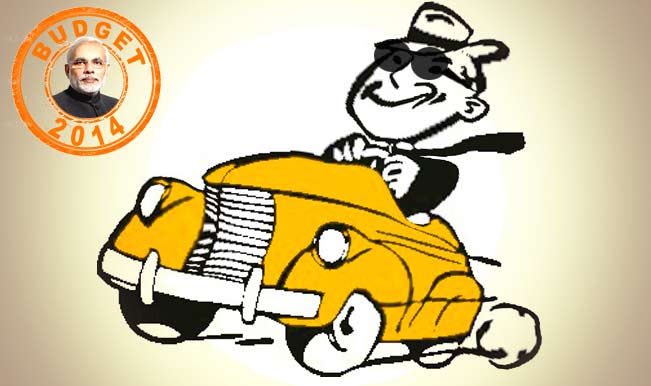 Also Read - Year-Ender 2019: Country's Political Bigwigs Who Left us in The Year Gone by

In the interim budget 2014-15, the then UPA led central government had reduced excise duty on small cars, scooters/two-wheelers from 12 to 8 percent.

It had also reduced the duty from 30 percent to 24 percent on SUVs (sports utility vehicles), and medium segment sedans from 27-24 percent to 24-20 percent, respectively.

“We are certain that the extension of the reduced excise duty will contribute positively to improve the buyer sentiment and would help in bringing about a sustained recovery in the automotive industry that has been languishing for over two years now,” said Vikram Kirloskar, president, Society of Indian Manufacturers (SIAM).

“This will go a long way in bringing back growth, investments in the industry as well as encourage higher employment,” he said.

Backing the government’s move, chairman Emeritus of Tata Group Ratan Tata tweeted: “The nation voted for change. We need to stand together to support the new govt’s actions to re-build economic growth and prosperity in India.”

For a long time, the automotive industry was demanding cut in excise duty to spur demand. The manufacturers have been increasing the vehicle prices due to hike in their input costs.

The automobile industry has witnessed diminishing sales in passenger and commercial variants due to high fuel and interest costs coupled with an overall economic slowdown.

“It’s a welcome decision and we hope the govternment will extend it for the full year in the budget as the sector continues to be sluggish. We also expect the government to announce other measures in the budget to revive the growth,” Saxena said.

Renault India’s chief executive and managing director Sumit Sawhney expected a further cut in duty and a unified tax structure for the industry.

“We would like the government to take a long-term view to have a unified excise duty structure and look forward to further reduction in the duty,” said Sawhney.

“Going forward, the government will have to take concrete decisions to support the promotion of electric and hybrid vehicles and also look at policies to check emission and fuel efficiency norms, fleet modernisation and scrappage policy.”

Others like Nishant Arya, executive director of automobile company JBM Group, too welcomed the move by describing it as a poistive for the industry.

“The extension of duty cuts for the automobile sector is a positive move and we hope that it continues till the industry is completely out of the slowdown it is currently in,” Arya said.