Budget 2014: What does the ‘Aam Aadmi’ expect from Modi government?

The National Democratic Alliance (NDA) government, led by Narendra Modi, is all set to present its first budget. The scheduled date for the first budgetary session in parliament is slated to 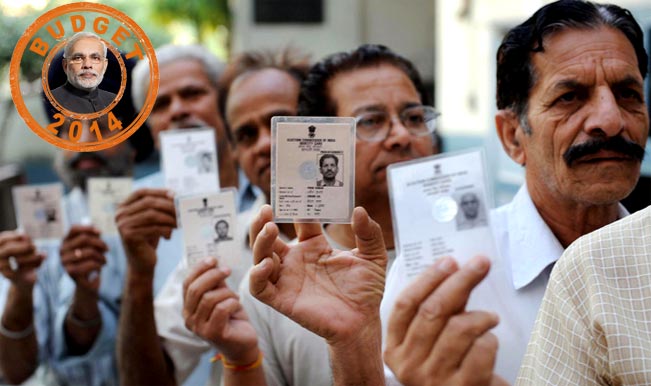 The National Democratic Alliance (NDA) government, led by Narendra Modi, is all set to present its first budget. The scheduled date for the first budgetary session in parliament is slated to begin from 7th July. While all eyes are set on sectors such as railways, infrastructure and corporate primarily, the newly-minted government should also address some key issues that are lingering heavily on the collective consciousness of the aam aadmi. Also Read - 'Great Leader And Loyal Friend', Trump's Birthday Wish For PM Modi

• It’s a heartening reality that the Current Account Deficit (CAD) has been brought down to 0.2 per cent of the GDP from the towering 6.7 per cent per year. But more than CAD and fiscal consolidation, the aam aadmi is waiting for the new finance minister to take appropriate monetary steps and come up with measures that will work towards moderation of inflation. Also Read - Happy Birthday Narendra Modi: Kangana Ranaut Prays For Prime Minister’s Long Life in a Video

• Though there has been a constant uproar about the sorry state of Indian tax regime. The system, many feel, looks ramshackle and it is further marred by primitive tax measures and policies. VAT, LBT, ST ( Sales Tax and Service Tax), Octroi has only pulled the thriving corporate sector down. The GST will replace all the indirect taxes imposed on goods and services by the state and central governments.

• The aam aadmi has been grappling with key issue of tax slabs. It has been found that there has been no substantial increase in the income tax slabs. This has taken a huge toll on the savings of the aam admi mainly because the inflation which has been going up incessantly while the slabs have constrained the regular brackets which has only dwindled the taxation on composite earning vis-à-vis policy reforms.

• While there’s no denying the fact that the Modi sarkar has a solid backing from the majority business community. Boosting more business will only create more jobs in the days to come. A report by the Credit Rating Information Services of India Limited (CRISIL) has stated that the partial introduction of the GST could boost growth by 1.7% during the next fiscal.

• Subsidies and it modulation is another challenge that has only hampered the growth. The fertilizer and petroleum subsidy itself accounts for over Rs. 1,630 billion rupees. The government needs to make a conscious effort to ease the subsidy burden to give the much-needed impetus for growth.