Nitish Kumar today described as "disappointing" the maiden general budget of Narendra Modi government as there was nothing for backward states like Bihar to cheer "acche din" . 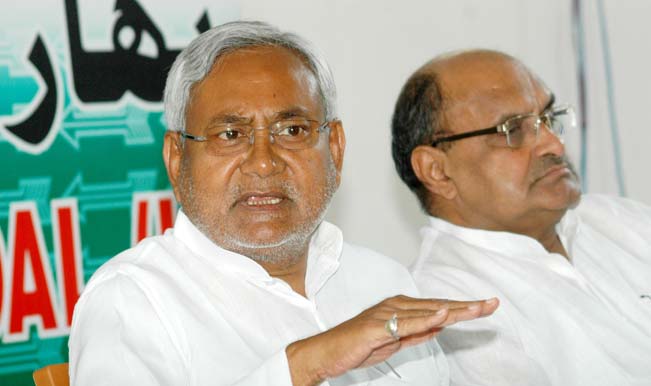 “There is no mention of either special status for Bihar or special package, the promise which was made during Parliamentary election,” Kumar told reporters. “They have forgotten everything after getting votes of people. It seems Bihar is not on radar of the BJP-led NDA government,” Kumar said on general budget presented in Parliament by Finance Minister Arun Jaitley. Also Read - Bihar State Cooperative Bank Recruitment 2021: Apply for 200 Clerk Posts at bscb.co.in | Details Here

According to the Economic Survey, Bihar was the best performing state in terms of growth in GDP and income tax mobilisation and even the Rangarajan committee had praised the state for being top in reducing poverty, he said. “But it seems there is no finance for Centre to encourage economic performance of backward states like Bihar,” the former Chief Minister said.

Pointing to the relaxation in Income tax exemption limit from Rs 2 lakh to Rs 2.5 lakh, Kumar said “They used to talk about ‘tax terror’ during UPA time and had promised to enhance the exemption limit to Rs 5 lakh during poll campaign but did not fullfill the commitment.”

“The budget has nothing new except for recipe to increase FDI in defence and Insurance fields,” he said. Jaitley talked about promoting the Buddhist circuit, but Rajgir and Vaishali linked with Buddhism found no mention in it, Kumar said adding there was also no mention of assistance for Nalanda International University or including Bodh Gaya in the list of World Heritage sites.

Two agriculture and as many horticulture universities would be opened, but Bihar got none of them, he said.
“The budget does not provide any relief to common man. They have played a smart game of making high sounding noise during election campaign and seems to have forgotten everything after getting power,” Kumar said.