Chanda Kochhar, Managing Director and Chief Executive Officer of ICICI Bank, was all praise for the Budget 2015-16. Read the official statement here. 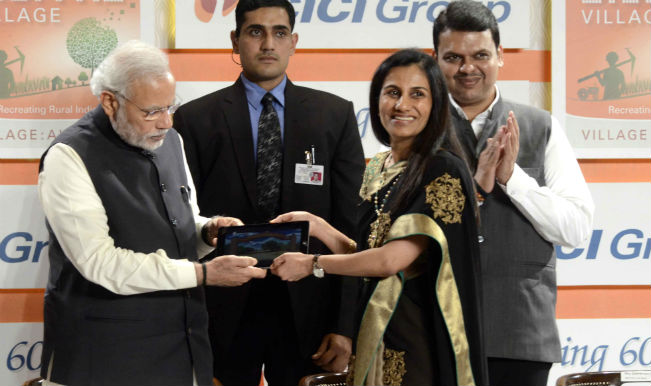 Finance Minister Arun Jaitley announced the Union Budget 2015-16 in Lok Sabha on Saturday. It was the first full-year budget for the Narendra Modi-led government after the government presented interim budget in July last year. The budget was given a thumbs up by  common people as it was more based on a realistic approach than being populist.  Members from the Trade and Commerce Industry also praised the budget by the BJP-led NDA government. Also Read - Delhi Chalo: Are Autos, Taxis Going Off Roads In National Capital? Autorickshaw Union Clears Doubts

Chanda Kochhar, Managing Director and Chief Executive Officer of ICICI Bank, was all praise for the Budget 2015-16. Here is the official statement from Chanda Kochhar: Also Read - Amid Farmers Protest, PM Modi Says New Agricultural Reforms Have Given Them Legal Protection

The Union Budget for fiscal 2016 is the Finance Minister’s GIFT to the nation. There is a clear and sharp focus on the four key areas of Growth, Inclusion, Fiscal Prudence and Tax Rationalisation. The budget promotes Growth through its focus on infrastructure and ease of doing business.

The theme of Inclusion is reflected in the measures taken to empower all stakeholders – there is greater devolution of resources to States and there are a number of measures for the poor, youth and senior citizens.

The Fiscal target of 3.0% by fiscal 2018 articulated by the Finance Minister is prudent while at the same time balances the current growth needs of the economy. The clarity given on the Tax regime will go a long way in making India an attractive destination for investments, and encouraging domestic savings.

The budget reflects the vision of the Government and takes India forward on a path of growth and inclusive prosperity.

Even Prime Minister Narendra Modi was all praise for the Budget 2015-16. Narendra Modi said, “The budget will further re-ignite our growth engine, signalling the dawn of a prosperous future.” Terming the General Budget “progressive, positive, practical, pragmatic and prudent”, Modi said that the budget has a distinct focus on farmers, youth, poor, neo-middle class and common man.