The live streaming of Union Budget 2015-16 in Hindi presented by Arun Jaitley can be seen live here. 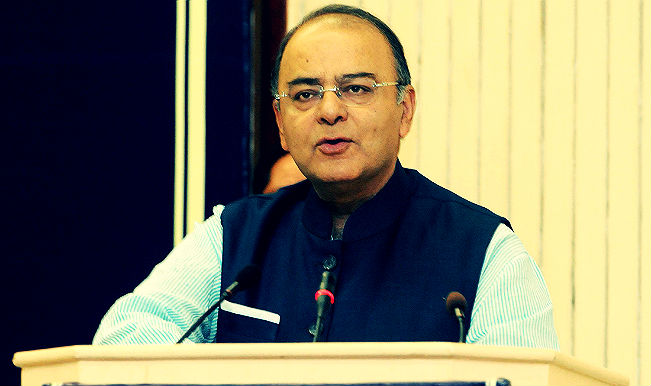 The live telecast of Finance Minister Arun Jaitley’s speech in the Parliament can be seen live here too. Two days after Railway Minister Suresh Prabhu announced a passenger-centric and substantial budget, the hopes with the General Budget has only increased. The Railway Budget came as a shocker for those who were expecting new trains and some fancy schemes being announced. But the Railway Budget was hailed by both social media and mainstream media. The focus will now shift on Arun Jaitley to deliver on the promises made by his party during 2014 Lok Sabha Elections. (Also Read: Union Budget expectations 2015-16: Price rise & drop of Petrol, Diesel, Automobiles, Food are top concerns of a common man! (Watch full video))

Inflation, prices of petrol and diesel, food prices will be the issues the common man is eyeing during the 2015 Union Budget. Another talking point of the Budget 2015 will be the income tax slab; will there be increase in exemption limit or complete abolishment? (Also Read: Union Budget 2015-16: Will Finance Minister Arun Jaitley abolish Income Tax altogether?)

Will the interest rates on educational, home or car loans be relaxed? What will be the Narendra Modi government’s allocation to the important education, defence, and infrastructure sectors? There are a lot of expectations which pop up hearing the word budget. (Also Read: Defence Budget 2015-16: Arun Jaitley must ensure current military inventory stasis redressal for Modi’s vision of ‘Make in India’)

The Union Budget 2015-16 is only a couple of hours away as Finance Minister Arun Jaitley will table the ‘most-awaited budget’ in Lok Sabha. It will be interesting as to how the BJP- led NDA government in the Centre tackles the Opposition and present a likable budget. Will the ‘Achche Din for Aam Aadmi’ finally be here as they were promised a year back by Narendra Modi and Co.? Watch Arun Jaitley speech in Hindi in the Upper House by clicking here.