7th Pay Commission Latest News Today: The Ministry of Personnel, Public Grievance & Pensions’ Department of Pension & Pensioners’ Welfare stated that the Dearness Relief (DR) to Central Government pensioners will be enhanced from the existing rate of 17 per cent to 28 per cent.

7th Pay Commission Latest News Today: Apart from the Central government employees, here comes a piece of wonderful news for the pensioners who were waiting for the hike in their payment. As per a latest circular issued by the Central government on Thursday, several categories of pensioners will receive the hike in their Dearness Relief from July 2021.  As per the latest announcement, the pensioners will get 28 per cent hike in their DR from July itself.Also Read - 7th Pay Commission: Here’s What Govt Employees Can Do In Case Dearness Allowance Hike Denied

An Office Memorandum (OM) shared by the Ministry of Personnel, Public Grievance & Pensions’ Department of Pension & Pensioners’ Welfare on Thursday, July 22, 2021, stated that the Dearness Relief (DR) admissible to Central Government pensioners / family pensioners shall be enhanced from the existing rate of 17 per cent to 28 per cent of the basic pension/ family pension (including additional pension/ family pension) with effect from July 1, 2021. Also Read - 7th Pay Commission: Centre Approves 4% DA Hike For Govt Employees | HIGHLIGHTS

List of pensioners: As per the latest order, the Dearness Relief (DR) will be applicable to: Also Read - 7th Pay Commission: Early Diwali For Govt Employees as Their DA Hiked by 4% — Here’s How Much Salary Will Increase

Copy of the order: 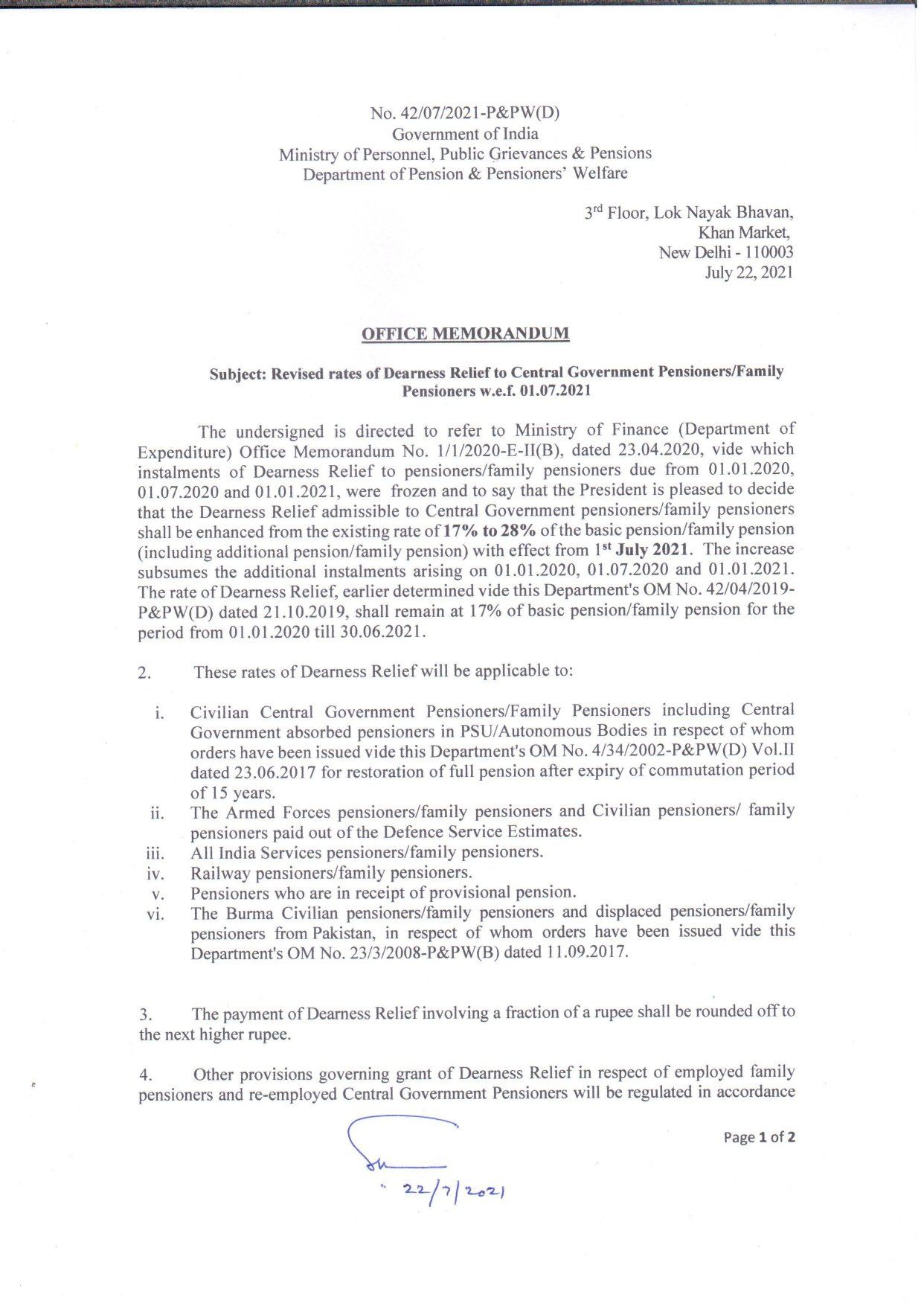 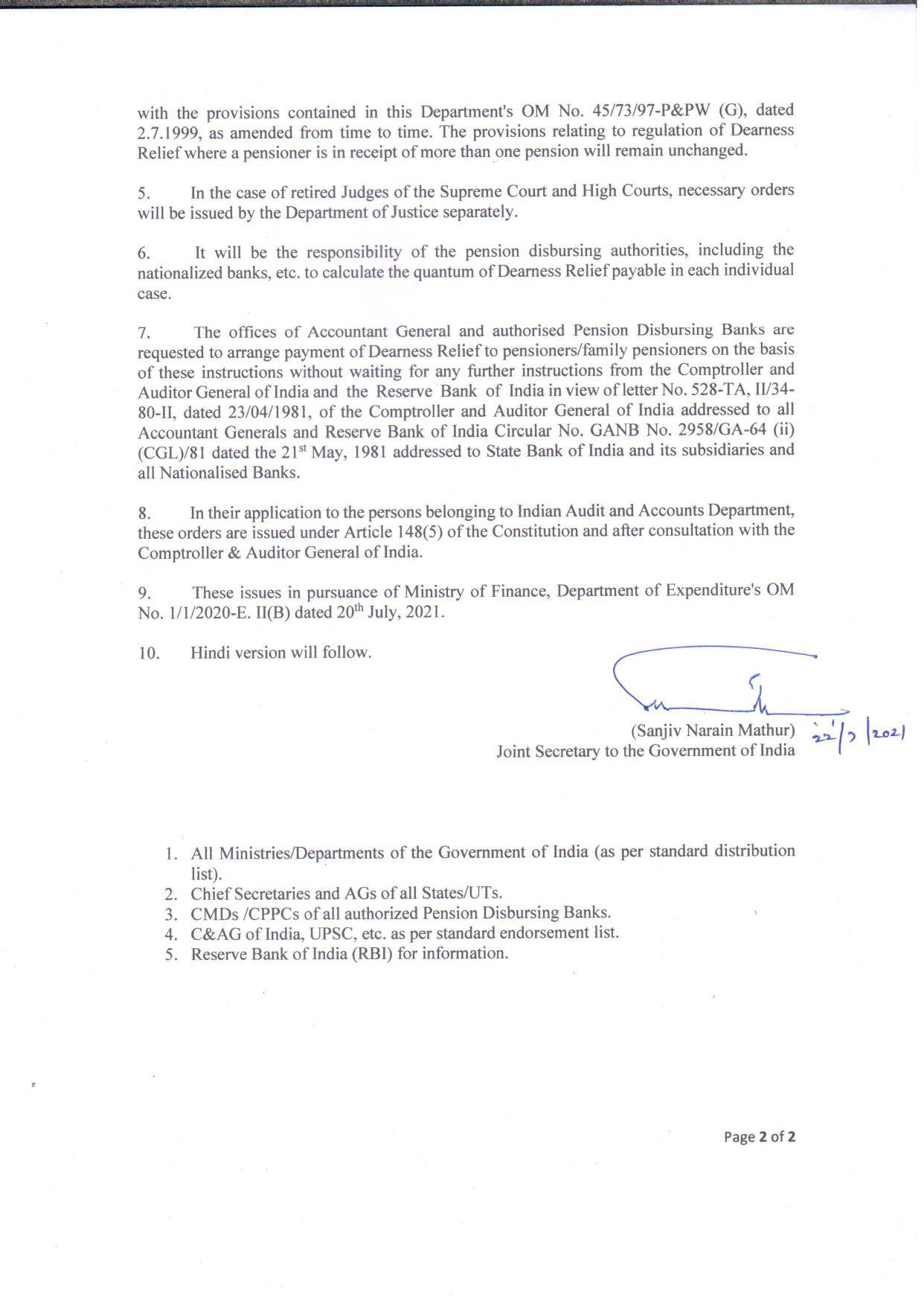 The order from the Centre said that in the case of retired Judges of the Supreme Court and High Courts, necessary orders will be issued by the Department of Justice separately.

The notification also stated that the office of Accountant General and authorised Pension Disbursing Banks will arrange payment of Dearness Relief to pensioners/ Family Pensioners on the basis of these instructions without waiting for any further instructions from the Comptroller and Auditor General of India and the Reserve Bank of India.