Aadhaar Card: How to get 12-digit unique identification number and apply for Aadhaar card to avail government benefits

The Aadhaar data is collected by UIDAI, a statutory authority established on 12 July 2016 by the Government of India.The World Bank Chief Economist Paul Romer described the Aadhaar card programme as "the most sophisticated ID programme in world".

New Delhi, Apr 18: Aadhaar card is slowly becoming a must have documents for all the Indians. Though it is not mandatory to have Aadhaar card, the government has linked various schemes wherein Aadhaar card or Aadhaar number is mandatory. With Aadhaar based payment app also launched, the benefits of having Aadhaar card have increased manifold.Also Read - Aadhaar Authentication Made Mandatory For Claiming GST Refund. All You Need to Know

The 12-digit unique identity number has become a matter of importance across the nation. The Government seems completely committed to making Aadhaar the most potent identification instrument for Indian citizen, just like social security number (SSN) in US. With time, the Aadhaar card has become one of the vital documents to live in India. In a bid to make Aadhaar Card the single identity proof, the government has made all efforts to make sure that the Aadhaar number is linked to bank accounts and tax payments. Aadhaar card has become a basic necessity and its need is increasing with each passing day. Also Read - Aadhaar Card Update: THIS Portal Helps Users To Check Mobile Numbers Linked to Aadhaar Card

Prime Minister Narendra Modi and his government are all set to make Aadhaar Card the single identity proof which is linked to everything from bank accounts and tax payments and has become the basic identity. The government is all set to make Aadhaar compulsory for an array of processes and instruments, right from PAN to Education institutions and mobile SIM cards. Union Finance Minister Arun Jaitley recently said in the Lok Sabha said that efforts are being made to make Aadhaar the only card required to identify a person, replacing Voter ID and PAN. “The unique identification number Aadhaar may become the single identity card in future”, he added. Also Read - EPFO-Aadhaar Linking Deadline Extended For THESE Establishments | Details Inside 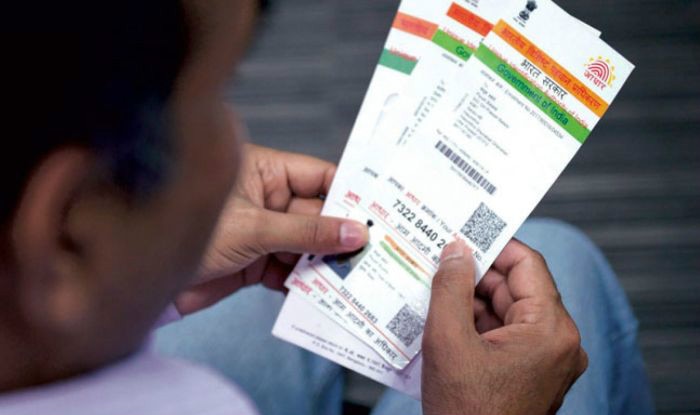 Aadhaar card might be mandatory to book domestic airline tickets

As the need for Aadhaar Card increases every day for basic daily activities, it is important to know how to apply for Aadhaar Card. The 12-digit unique identity number issued under Aadhaar Card is the Indian version of the social security number. It provides a database of Indians based on their biometric and demographic data.

For you to have an Aadhaar Card you need to know how to apply for Aadhaar Card and what documents are required.  The actual process of getting the card will go from you applying for an appointment to visiting the centre to submit the information, to getting the number, verifying the details and actually getting the Aadhaar card. So let’s take a look at the registration process, to begin with.

What is Aadhaar card?

An Aadhaar card is a 12-digit unique identification number. It is issued by the government of India to every individual citizen of the country. The Unique Identification Authority of India (UDAI), which functions under the Planning Commission of India, is responsible for managing Aadhaar numbers and Aadhaar identification cards.

How to get Aadhaar card:

The enrollment for an Aadhaar Card is free and voluntary for all the residents of India. An individual may apply for Aadhaar Card at any location across the country. The Aadhaar card is not a proof of citizenship but a very effective proof of identity. The Aadhaar card helps citizens to avail various facilities and schemes like Direct Benefit Transfer of Government Subsidies like in Domestic Gas, Ration, etc. or for passport applications, the opening of bank account.

How to get Aadhaar Card online:

An individual needs to go to the centre since the biometric scanning, which is required for the Aadhaar card cannot be done at home.

From where to apply for Aadhaar card:

A resident of India can apply for the Aadhaar number and card by submitting the existing proof of identity. The identity proof includes passport, PAN card, driving license, etc. and address proof which may include the individual’s phone bill/ power bill, bank statements, etc. and by undergoing biometric profiling (fingerprints and iris scan) at any Aadhaar centre.

An Aadhaar enrollment form is easily verifiable in an online, cost-effective way.  The Aadhaar card is a Unique and robust enough to eliminate a large number of duplicate and fake identities in government and private databases. The 12-digits that are being generated are devoid of any classification based on caste, creed, religion and geography.

How to apply for Aadhaar card:

The individual should make sure that he has all the documents with him.  The first step is to find an enrollment centre near you and book an appointment online.  If you do not wish to book an appointment, you can directly go to the centre. Going to the Aadhaar centre and then enrolling will consume a lot of time. 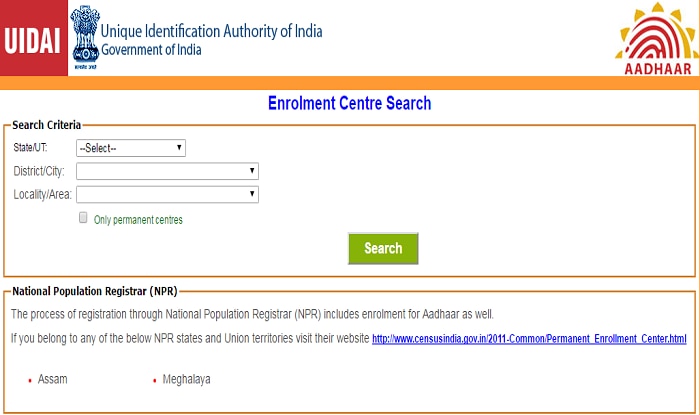 What documents are required to apply for an Aadhaar Card?

The Unique Identification Authority of India (UIDAI) has a list of documents which are considered valid for Aadhaar approval. Common documents for proof of photo ID and address include PAN card, Ration card, Passport, Election ID card with photo or Driving license. This means that any citizen can submit a PAN card and Government ID cards as a photo ID proof while they can submit the relevant documents of electricity, water, telephone bills of last three months for address proof. 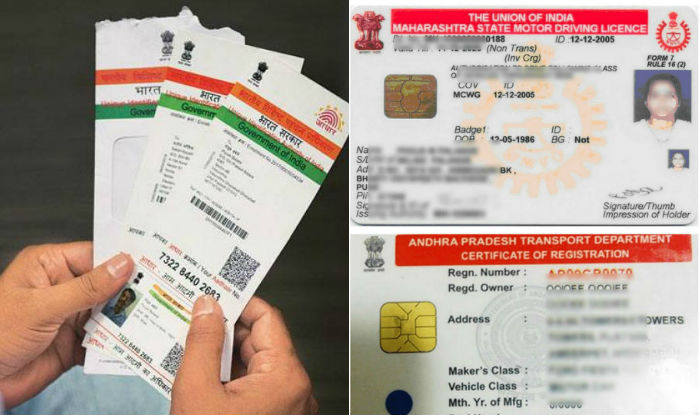 When do I receive my Aadhaar card after the enrollment?

What if the details on my Aadhaar card are not correct?

What documents do I require to submit for the Aadhaar card?

If the applicant doesn’t have any of the above documents for whatever reasons, the proof of relationship with the head of the family can be produced which includes the Birth Certificate, PDS Card, MNREGA Job Card, ESIC Medical Card, Pension Card.

If any applicant wishes to change his/her address on Aadhaar Card, here are the list of documents required:

The document must contain your name and photo. You can submit any of the following documents as identity proof:

The document must contain your name and address. You can submit any of the following documents as address proof:

What to do if I have not received my Aadhaar Card

The first thing that you need to do is check the online Aadhaar status. This reveals that the card is ready and dispatched. If you have not received your card even after 60 to 90 days from the day of enrolment, do not worry. The card may not have been printed due to backlog or technical reasons, or it may have been lost in transit at the post office. Even if your Aadhaar card has not been delivered, you will be able to get all the benefits under the Aadhaar programme, as long as the Aadhaar number has been generated.

Before you think of lodging a complaint, you must understand that it can take up to 3 months for the card to reach the right person. In order to find a solution to this problem, you can seek help from the Government helpline numbers or the portal. Some of the important contact information is provided below:

How to get a duplicate Aadhaar Card

Go to the official UIDAI website. At the bottom right corner of your screen click on the link that says ‘Aadhaar Services. You will then be directed to the Aadhaar Kiosk page.

Applicants also face a problem when their Aadhaar cards are rejected. Your Aadhaar application could be rejected by the UIDAI for any of the reasons mentioned below:

To re-apply for an Aadhaar card, you need to follow the same procedure as applying for a new Aadhaar. The applicant will be rejected if the UID database already has an enrolment with your demographic or biometric data.

The Unique Identification project was launched by the Planning Commission to ensure that each resident of India would receive a unique form of identification. The main aim of the project was to provide better welfare services to the residents of the country and also to monitor a wide range of governmental schemes and programs.

The data is collected by the Unique Identification Authority of India (UIDAI) which is a statutory authority established on 12 July 2016 by the Government of India. UIDAI is the world’s largest biometric ID system, with over 1.123 billion enrolled members as of 28 February 2017. The World Bank Chief Economist Paul Romer described it as “the most sophisticated ID programme in the world”.

The government has already proposed to make Aadhaar card compulsory for filing income tax return and applying for Permanent Account Number (PAN) while ‘Aadhaar’ enabled biometric attendance will soon become mandatory for teachers and other employees in all the government offices and schools. So if you are an adult Indian resident without an Aadhaar card, you are in a two percent minority as 98 per cent adults have already been covered.