Anil Ambani, 4 Others Resign as Directors of Reliance Communications Over Bankruptcy

New Delhi: Reliance Communications Chairman Anil Dhirubhai Ambani on Saturday resigned as the director of the telecom operator, along with four others, after the firm announced bankruptcy with sales of its assets under the insolvency process.Also Read - This Indian Surpasses Mukesh Ambani to Become Asia's Richest Person | List of India's Richest Billionaires

“Chhaya Virani, Ryna Karani, Manjari Kacker and Suresh Rangachar have also resigned from positions of directors,” the company said in a statement. Manikantan V, who was a  Director and the Chief Financial Officer (CFO) of Reliance Communications had also put in his papers previously. Also Read - Security Outside Mukesh Ambani's Antilia Tightened After Taxi Driver Inform Mumbai Police About Suspicious Passengers

“The aforementioned resignations will be put up to the committee of creditors for their consideration,” the company stated. 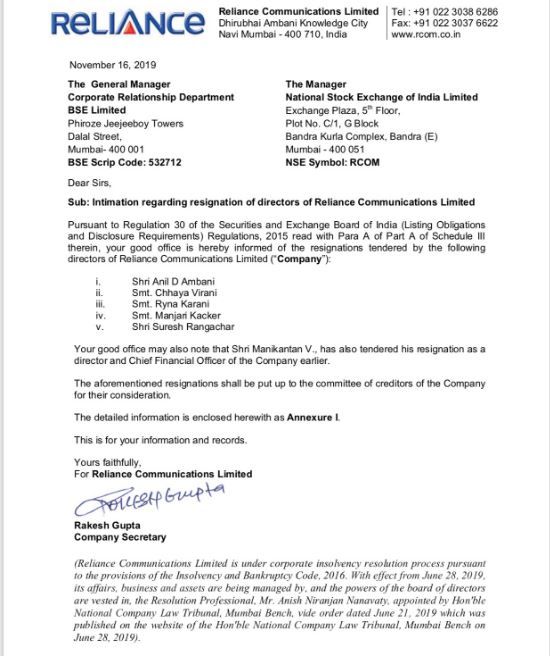 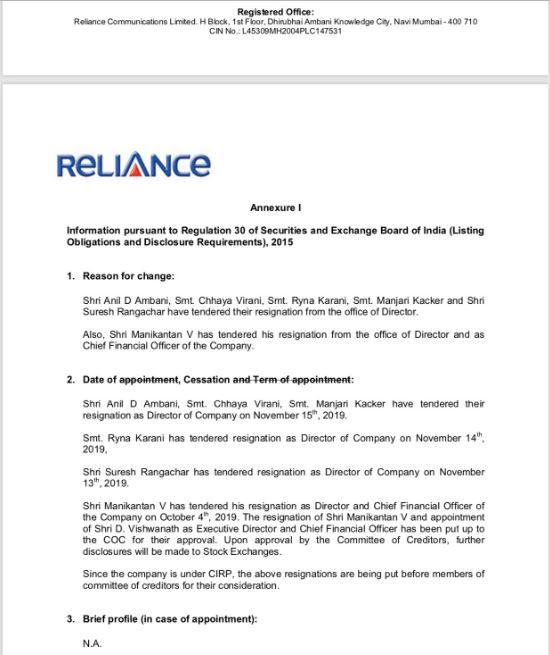 The telecom firm posted a consolidated loss of Rs 30,142 crore for July-September 2019 due to provisioning for liabilities after the Supreme Court ruling on statutory dues.