To protect consumers, Finance Minister Arun Jaitley today said they need to be given powers to file class action suits against errant sellers and consumer forums should be strengthened in the wake of growing ecommerce trade. 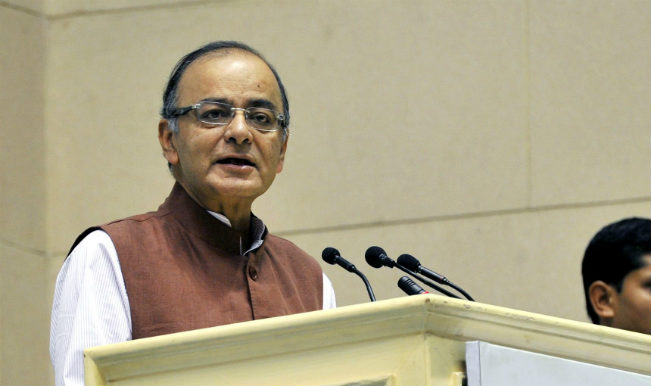 New Delhi, May 29: To protect consumers, Finance Minister Arun Jaitley today said they need to be given powers to file class action suits against errant sellers and consumer forums should be strengthened in the wake of growing ecommerce trade. “As we pass by, the volume of trade in ecommerce is going to increase… So that’s how the trade is going to change. So under these circumstances we need a very powerful and efficient (consumer) fora,” he said, while addressing the national conference on effective functioning of Consumer Fora. (Also Read: Raghuram Rajan meets Arun Jaitley ahead of monetary policy next week) Also Read - Union Budget 2021 to be Presented on February 1, Budget Session of Parliament from January 29

With the concept of jurisdiction is getting diluted with goods being traded on ecommerce platform, he said that some “judicial pronouncement or legislative intervention will have to determine those factors. These are the changes that are taking place”. The government is amending the Consumer Protection Act, 1986, to protect consumers, including those who are buying products from ecommerce platforms. As there is no direct contact between the seller and the buyer in ecommerce business, Jaitley said: “the manner in which representations are made and the underlying principle of buyer being aware of the nature of goods and services itself will now have to be rewritten”. Also Read - No Amount Of Government Intervention Adequate For Pandemic-Hit Economy: Nirmala Sitharaman

With increase in consumer spending in view of Indian economy transforming in past 20 years, he said the Consumer Protection Act, 1986, needs to be taken to the “next stage”, giving powers to consumers to file Class Action suits. He also said although the concept of Class Action suit was there in the Act, it has never been used. Such suits can be filed by a group of people when there is a class or category of goods which is defective and a very large number of people have been deceived by it. “Globally the best practice is you allow a class action in these cases. You also have to regulate the extent of reviews and appeals and the grounds on which multiple appeals can be filed,” Jaitley said.

“The 1986 Act has served us well… Now with the passage of time, having learnt from that experience you go on to next stage,” he said.
The Consumer Affairs ministry has factored in the concerns of stakeholders while drafting the amendments to the to the Consumer Protection Act, 1986.
Many changes have been proposed in the current law to protect consumer rights and simplify the judicial process to ensure speedy and inexpensive justice.
The Act provides for better protection of consumers interest. Under the law, consumer forums have been set up for the settlement of disputes.