ATMs still out of cash after months of Demonetisation, cash crunch hits normal life as ‘No Cash’ board hangs across India

The post-demonetisation woes continue to haunt common man in the country as many ATMs in metro cities seem to be running low on cash.

Mumbai, April 16: After over four months of demonetisation, people across the nation are still finding it difficult to get sufficient cash for withdrawals. It seems that cash crunch has made a comeback as Automated Teller Machines (ATM)’s have gone ‘out of cash’ in several parts of the country. The worst hit is the common man, who has been suffering the pinch even as the government has made an effort to make available sufficient cash in ATMs across the nation. The post-demonetisation woes continue to haunt the common man in the country as many ATMs in metro cities seem to be running low on cash for the last one week.Also Read - Sudhaa Chandran Appeals To PM Modi After Airport Authorities Asked Her To Remove Her Prosthetic Foot

The banks, however, gave an excuse of shortage of cash provided by the Reserve Bank of India (RBI) and hence many ATMs dispensed a limited amount of money. An ATM at Andheri-Link Road dispensed only Rs 1,000 per customer, whereas Thane the limit was set at Rs 2,500 in select banks, reported TOI. It was mentioned in another report that ATMs near important places like hospitals and railway stations around the city has been non-functional for the last few days. Also Read - Unaware of Demonetisation, Visually Challenged Beggar Seeks Exchange of RS 65,000 Life Savings

One of the reasons why ATMs would be short of cash is because of the charges that have been levied in the coming months on ATM withdrawals. Currently, a customer has to pay Rs 20 per ATM withdrawal after five free transactions a month from a bank one has an account in.  Customers using ATMs of banks they don’t have an account in are charged Rs 20 after three free withdrawals. However, banking officials said on Thursday that banks may slash the number of free ATM withdrawals or hike the charges levied to discourage people from using cash. Also Read - Banks to Remain Shut For More Than 10 Days From Tomorrow | Full List of Holidays Here

Prime Minister Narendra Modi on November 8, 2016 had sent shock waves across the nation by making a surprise announcement of scrapping Rs 500 and Rs 1000 notes. The move had however triggered a massive currency squeeze across the nation as the government did not have enough notes to replace the ones that had been withdrawn. This, however, had caused rural distress and an economic shock. Reports stated that the government’s demonetisation move wiped out 86% of the money in circulation from the cash-driven economy, causing long queues outside ATM kiosks and banks. 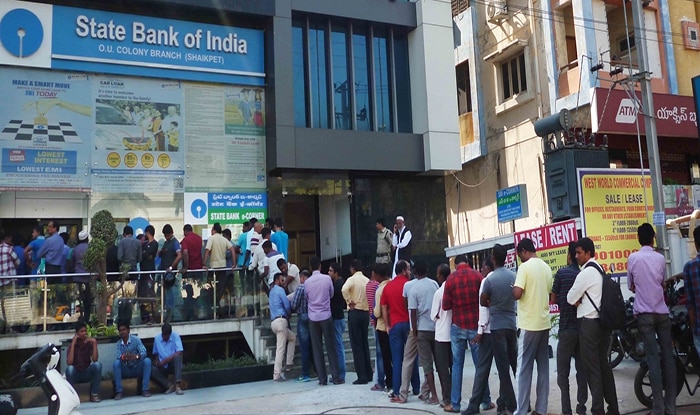 Post demonetisation, the nation has witnessed a severe liquidity crunch as people are not much into using online transactions and more than half of transactions by value are still carried out using bank notes.  Even though the government claims that cash supply has improved, the availability of lower-denomination notes of Rs 500 and Rs 100 is insufficient in several states.  As per latest RBI data, the currency in circulation had fallen to Rs13.12 trillion as of 24 March from Rs17.97 trillion on 4 November. It also stated that the pace of remonetisation has slowed down.

It was reported that people in Hyderabad and Telangana have been the worst hit by cash crunch with nearly 65% of the ATMs devoid of cash. The Reserve Bank of India provided only one-fourth of the total cash required by ATMs, most of them in Telangana are running dry, a report by The News Minute stated.  People expressed their rage and anguish on social media. Facebook and Twitter were flooded with posts on how banks and ATMs failed to cater to its customers. Meanwhile, northern state Delhi recorded the highest amount of ATMs dispensing cash, with only 11 per cent citizens unable to find money in the ATMs during the period.

According to a survey conducted by the LocalCircles citizen engagement platform, it was reported that the availability of cash at ATMs has worsened in the last two months or so in many parts of the country. It reported that eighty-three per cent citizens who visited ATMs last week in Hyderabad, could not find the cash while it was 69 per cent in Pune.

The average transaction per ATM is estimated at about 125 in a day. Reports state that more than about 800-1000 people queued up at ATMs at the metros to withdraw cash but were disappointed as there was no sufficient cash available. It was reported by the banking sources that the Reserve Bank of India (RBI) is supplying only about 25% of the cash which is required for ATMs in several states such as Maharashtra, Andhra Pradesh, Gujarat, Karnataka, and Kerala.

Report state that India has about 200,000 ATMs and Banks and cash logistics companies are finding it difficult to replenish ATMs in these states where the average transaction per ATM is estimated at about 125 in a day, Hindustan Times reported. The report further stated that the cash crunch situation in New Delhi, Uttar Pradesh, West Bengal and Odisha have returned to normal.

Only in few possible major scenarios like the sudden demonetisation announcement can result in ATM not having enough funds for customer withdrawals. Meanwhile, when such is the case, the major financial institutions use many mechanisms to ensure ATMs always have sufficient cash to prevent them from running out of money.

C.H. Venkatachalam, general secretary of All India Bank Employees Association was quoted by Free Press Journal saying, “Actually, the problem is directly linked to demonetisation. Many ATMs are yet to be recalibrated. Plus, people have started hoarding Rs 2,000 notes. There is still a huge mismatch in the demand and supply of currency notes.” Meanwhile, Ashish Gupta, research analyst at Credit Suisse was quoted by Financial Times saying, “The government wants to slow down the cash money in the economy. They want the new equilibrium level in the economy to be lower”. (ALSO READ: Cash crunch back to haunt aam aadmi as ATMs go ‘out of cash’ in metro cities) 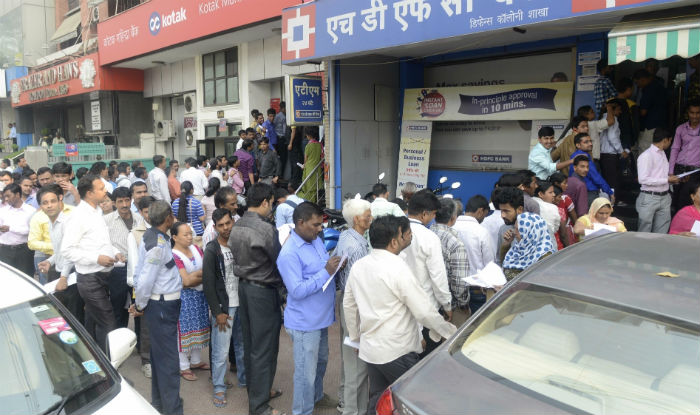 The ATM operators, however, attribute the cash crunch to the paucity of Rs500 and Rs100 notes in ATMs. The cash crunch that has disrupted normal life has also been a result of the scarcity of lower denomination banknotes.  “Lower-denomination notes are still not available and therefore people are hesitant to withdraw higher-denomination notes,” said Ramaswamy Venkatachalam, managing director, India and South Asia, FIS, an ATM manufacturer was quoted by Livemint.

As per CMS Info Systems Pvt. Ltd, the largest ATM operator, the customers continue to withdraw a little more than what they actually need because of scarcity of currency notes. CMS spokesperson Sandhya Menon was quoted by Livemint saying, “Within the CMS network, we are seeing that approximately 85% of ATMs are being replenished on a daily basis. However, we are also loading around 30% less than what we used to per ATM, and seeing around 9-10% of ATMs remaining dry”.

Despite currency in circulation has been increasing since January, bankers said distribution is skewed towards northern and eastern states. The cash shortage in ATMs in several locations across the nation has led to banks and the regulator lock horns with lenders. The banks and regulators have attributed the shortage in cash to logistical issues at banks.